Penetrating injuries of the lung come in two flavors: gunshot and stab. However, the end result for both is the same. They leak. And the leak is either air or blood. Having lower kinetic injury, stab wounds tend not to leak as much. Gunshots, on the other hand, can travel further through lung tissue and the higher energy causes more damage.

For the most part, managing these injuries is straightforward. The lung is essentially a sponge. Since most of it is air, the amount of damage done is much less than, say, to a solid organ. But bleeding and air leaks can be annoying in some cases, and even life-threatening in others.

Today, I’ll focus on injuries to the lung parenchyma. Here’s a basic primer on how to manage them.

What are your options if you go to the operating room? Generally, an open thoracotomy is the most desirable, especially in the face of gunshots and major bleeding. It is fast and allows for rapid and complete exploration. VATS might be okay in a few stab wounds where the injury is thought to be limited but is still problematic.

Find the hole(s). With a single penetration, there are usually one or two holes. But there can be up to four if the wound traverses two lobes. And if is are more than one penetration, all bets are off.

Don’t poke a skunk. If a particular wound has no obvious bleeding or air bubbles, leave it alone. Save your efforts for the ones that are really a problem. 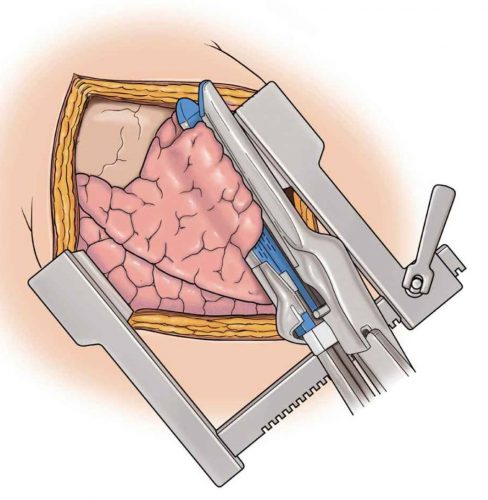 Here’s how to do it. Insert a GIA stapler through the bullet tract and fire. This will lay open the entire tract so that individual air leaks and bleeders can be individually suture ligated. 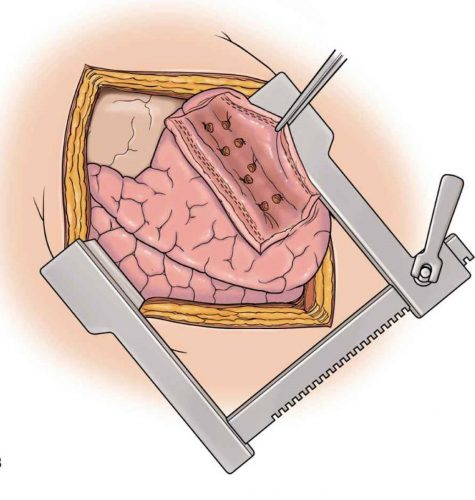 Then fully evacuate all blood from the chest and make sure there is no more bleeding. Failure to do so can result in retained hemothorax and the need for yet another operation. Insert a well-positioned chest tube to finish off the procedure.

Over the years, I’ve commented several times on the “myth” of NSAIDs causing problems with fracture healing. I still hear occasional comments from my orthopedic colleagues cautioning against the use of these drugs in patients who have had fracture repairs.

But is it true?  In 2003, several papers brought to light possible interactions between these drugs and fracture healing. Specifically, there were questions about these drugs interfering with the healing process and of increasing the number of delayed unions or nonunions. But once again, how convincing were these papers, really?

It would seem to make sense that NSAIDs could interfere with bone healing. The healing process relies heavily on the regulation of osteoblast and osteoclast function, which itself is regulated by prostaglandins. Since prostaglandins are synthesized by the COX enzymes, COX inhibitors like the NSAIDs should have the potential to impair this process. Indeed, animal studies in rats and rabbits seem to bear this out.

But as we have seen before, good animal studies don’t always translate well into human experience. Although a study from 2005 suggested that NSAID administration in older patients within 90 days of injury had a higher incidence of fracture nonunion, the study design was not a very good one. It was equally likely that patients who required these drugs in this age group may have been at higher risk for nonunion in the first place.

A meta-analysis of human studies was performed in 2011. Out of 558 potential studies, only 5 met criteria review. (This is yet another reminder of the sheer amount of sub-par research out there.) The authors found that short-term use (< 14 days) of normal dose NSAIDS was not associated with non-union. High doses of ketorolac (> 120mg/day) and diclofenac sodium (> 300mg total) did have an association. But remember, this does not show causation. There are many other factors that can impede healing (smoking, diabetes, etc).

A study from 2016 examined the effect of ketorolac administration on fracture healing in patients undergoing repairs of femoral and tibial fractures. It did not find an association between non-union and ketorolac, but did find one with smoking. Unfortunately, the study was small (85 patients given ketorolac, 243 controls without it). It probably does not have the statistical power to detect any difference with the NSAID. A power analysis was not provided in the methods section.

Bottom line: Once again, the animal data is clear and the human data less so. Although there are theoretical concerns about NSAID use and fracture healing, there is still not enough solid risk:benefit information to abandon short-term NSAID use in patients who really need them. NSAIDs can and should be prescribed in patients with short-term needs and simple fractures. But we now have evidence that high-dose NSAIDs may have some impact, so stick to the usual doses for just as long as they are needed for pain management.

The focus of this post is going to be a little different. I’ll be coming up out of the trenches of clinical care, and focusing on trauma systems for a bit. Specifically, I’m going to look at the density of high-level trauma centers in bigger cities. For my non-US readers, this paper is based on data from the States, but is most likely applicable in your countries as well.

Why look at trauma center distribution? More than 80% of the population lives in an urban area of the US. And over the next thirty years, that number will approach 90%. As more people move to the big cities, there are concentrations of homelessness, poverty, mental illness, and violence. This last factor is one of the reasons for trauma center existence, and their distribution is ostensibly one of the reasons to have a trauma system in the first place.

In theory, there should be an optimal number of trauma centers for a given population base. The American College of Surgeons (ACS) created a needs-based assessment tool to predict the optimal number of centers given the population size, trauma volume, EMS transport times, and more. If you are interested, you can download it here.

But has it been followed? Trauma leaders from some of the most established Level I centers in the country performed an analysis of the density of Level I and II centers in 15 of the largest cities in the US. They tried to test what social and economic conditions in an area determined the number of centers available in it, if any.

The cities were determined using information from 2015 census information. The trauma centers in each were identified from ACS or state system information.

Bottom line: What does all this mean? It appears that the number and geographic distribution of trauma centers in larger cities has nothing to do with need as measured by the social and economic conditions of the area. More likely, it is related to financial considerations. Trauma center closures in urban areas have disproportionately occurred in the lowest income areas. And it is less likely that new centers will open in these areas.

Obviously, hospitals need to make money to survive. Insurance coverage has become more available to people with lower incomes over the past 10 years. Unfortunately, the reimbursement rates for hospital stays continue to decline slowly. This combination makes it more difficult for a hospital to eke out an existence in one of these areas.

What can be done? Unfortunately, this is one of those many-headed hydra type issues. There are so many competing interests, and the people affected have little representation in the process. Our trauma systems should play a larger part in this, as they are supposed to have some say over the structure and distribution of their centers. Unfortunately, many of them do not have the financial support or the political wherewithal to do this.

Ultimately, I believe that we are working for something that should be considered a common good. Which means that it is up to state and ultimately the federal government to work with all the stakeholders to better control the distribution of this valuable resource. Which means that it is up to the trauma center administrators and trauma leaders to make sure the call is heard by their government leaders who can make things happen.

This is likely to remain a sticky problem during the age of COVID. Resources are needed for more pressing matters right now. But when the time comes, all trauma professionals need to speak up and help work this problem. Get involved with your regional trauma advisory committee. Make sure your state trauma advisory council makes it a priority. And don’t shy away from letting your legislators know about the problem. Otherwise, they will remain blithely unaware and our patients may continue to suffer.

Intraosseous lines (IO) make life easy. They are quicker to insert, have a higher success rate, and require less experience than a standard IV. And they can be used for pretty much any solution or drug that can be given through an IV.

But there are some limitations. They can’t be inserted into a fractured bone. The manufacturer cautions against multiple insertions into the same bone. A second insertion should not be performed in the same bone within 48 hours.

But, as with so many things in medicine, there is little in the way of proof for these assertions. They seem like good ideas for precautions, but that does not mean they are correct. No real research has been done in this area. Until now.

The concept of using two IO needles in one bone was explored in an animal model by researchers in Canada. They used a swine model (using the foreleg/humerus, to be exact), and tested several infusion setups.

Bottom line: Remember, these are pigs. Don’t do this in humans yet. However, this is pretty compelling evidence that the double-barrel IO concept will work in people. And it appears that infusion pumps must be used for effective, fast infusions. I recommend that prehospital agencies with inquiring minds set up a study in people to prove that this works in us, too.

Reference: Double-barrelled resuscitation: A feasibility and simulation study of dual-intraosseous needles into a single humerus. Injury 46(11):2239-42, 2015.

This issue is devoted to one of the most undervalued aspects of maintaining your health and career: sleep. This issue covers the basics of sleep, how it impacts trauma professionals, and what to do about sleep problems.