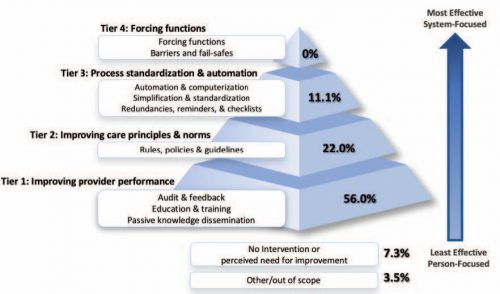 One of the most common requests I get is to provide more detailed content on Trauma Performance Improvement! To that end I am putting together a collection of print and video content on a new website that will address the things you really want to hear about but can’t find anywhere else.

Here’s a sample listing of some of the topics that will be covered:

If you want to be one of the first to get access to this content, please fill out the form by clicking here. Your name will be placed on my early bird e-mail list. I’ll provide regular updates on the opening date, and solicit your ideas on specific content you would like to see.

All trauma centers verified by the American College of Surgeons (ACS) are required to classify trauma patient deaths into one of three categories: unanticipated mortality, mortality with opportunity for improvement, or mortality without opportunity for improvement. I’ve provided some details about each of those over the past several posts. But I do want to provide a little more detail for the much dreaded “unanticipated mortality.”

But over time, I’ve changed my mind. It is true that the vast majority of unanticipated mortalities involve one, and many times, several opportunities that may improve the outcome for similar patients in the future. But I have personally seen at least two that did not.

How can this be, you say? Let me give you a far-fetched example. A healthy young male is involved in a car crash, sustaining fractures of a few ribs which are very painful. He is admitted for pain control, and is treated with your usual regimen of analgesics, mobilization, and pulmonary toilet. He admits to no significant medical or surgical history and is taking no medications. As he is sitting in his room waiting for his ride on the day of discharge, a small meteorite plunges through his window and strikes him in the head, killing him instantly.

So where’s the opportunity? Put meteorite shielding around your entire hospital? I think not. Don’t be ridiculous, you say, that’s not a realistic example. But what if, on the day of discharge, he stands up in his room and keels over in PEA arrest? An autopsy is performed, and a massive pulmonary embolism is identified. And let’s say that this patient somehow met your DVT prophylaxis criteria and he was receiving appropriate management per your practice guideline. And when you convey these findings to the family, they seem to recall a pattern of pulmonary embolism deaths and DVT complications in other family members. But nobody mentioned this to you during the history and physical exam. And you treated them exactly according to your protocol.

So what do you think now? Is there an opportunity? I still think not! But you must still pick apart every bit of the patient’s care, trying to identify anything that was not done according to plan or protocol that may have led to this (extremely) adverse outcome. But be aware that over your career as a trauma professional, you will likely run into one or more of these cases that are unanticipated but completely nonpreventable!

Time to (nearly) finish up this series on trauma mortality! We discussed the two types of anticipated mortality previously, now it’s time for the final (and worst) one.

Note the subtle difference. The old name presumes you could have done something about it, which can lead to legal issues in some cases. The new one implies that death was unexpected, but does not presume that it could have been prevented. However, in most cases analysis shows that it could have.

Any unanticipated mortality should launch a full investigation from the trauma performance improvement program. In some cases, hospital quality may need to get involved. A root cause analysis may be indicated, depending on how many factors are involved. These cases must be discussed by the multidisciplinary trauma PI committee, at a minimum. It’s essential that everyone involved do their homework and become familiar with every aspect of care so that a meaningful analysis can occur at the meeting.

Trauma center reviewers will expect to see detailed documentation of the analysis in the PI committee minutes. And unless the death was a complete and unpreventable surprise there should be new protocols, policies and practice changes apparent. If these are not present, expect major reverification issues for your trauma center.

Is there an appropriate ratio of the three types of mortality? Obviously, there is a fair amount of variability. But after years of doing reviews, I can offer some guidelines. Here’s my 100:10:1 rule of thumb:

If your hospital’s numbers are outliers in any group, your clinical care and performance improvement program will get extra scrutiny. If all your cases are mortalities without OFI, then your PI process is too lax. This is a complex business, and there a many ways to improve our care. If your mortality with OFI cases are too frequent, your threshold for improvement may be set too low (see my previous post). If you have more than 1 or 2 unanticipated mortalities, then there may be some serious care quality issues.

Bottom line: When reviewing trauma mortality, be realistic but brutally honest. We learn from the mistakes we make. But by adhering to the process, you should never make the same mistake twice.

In my next post, I’ll provide some additional thoughts on unanticipated mortality.

Again, these sound somewhat similar but they are quite different. Potentially preventable death used to be applied to patients who had obvious care issues that had some potential to change outcome. But it also contained a number of patients discussed yesterday who had support withdrawn due to age or degree of injury. There was some nagging doubt that, it something else had been done, maybe they would have recovered. So several of the “potentially preventable” deaths in the old category have been moved to the “without opportunity for improvement” category.

Unfortunately, a larger group of patients from the nonpreventable death category have moved into the “with opportunity for improvement” category. This is actually a good thing, though. The mortality with OFI category looks at whether there were any care issues, regardless of whether support was eventually withdrawn.

Whereas the vast majority of deaths at any center should fall into the mortality without OFI category, a modest number will be classified as with OFI, about 10%. The actual number depends on how broadly or narrowly an opportunity for improvement is defined. If you consider a few areas of missing documentation on the trauma flow sheet an opportunity for improvement, then you’ll have a lot of deaths classified this way. Concentrate on issues that might have actually had an impact on the outcome. The key is to develop a set of criteria that is realistic and that work for you. If the number of deaths with OFI seems high, go back and look at those criteria and adjust them. You can still work out a system for improving trauma flow documentation without it changing every death in a trauma activation to one with an opportunity for improvement.

Tomorrow, I’ll discuss that most dreaded category, the unanticipated mortality.