The Advanced Trauma Life Support course lists “classes of hemorrhage”, and various other sources list a similar classification for shock. I’ve not been able to pinpoint where these concepts came from, exactly. But I am sure of one thing: you will be tested on it at some point in your lifetime.

Here’s the table used by the ATLS course: 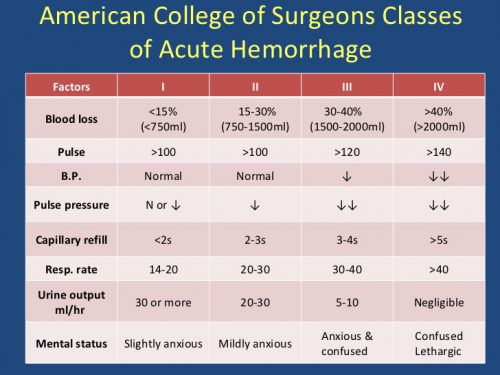 The question you will always be asked is:

What class of hemorrhage (or what % of blood volume loss) is the first to demonstrate systolic hypotension?

This is important because prehospital providers and those in the ED typically rely on systolic blood pressure to figure out if their patient is in trouble.

The answer is Class III, or 30-40%. But how do you remember the damn percentages? 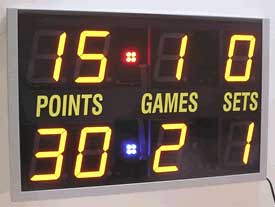 It’s easy! The numbers are all tennis scores. Here’s how to remember them:

Many trauma centers are talking about REBOA (resuscitative endovascular balloon occlusion of the aorta), but only a few are actually doing it. And of those, only a handful are doing it regularly and closely studying how it’s working.

The RA Cowley Shock Trauma Center is one of those very few. They have integrated the preparation phase for REBOA (femoral art line insertion) into their initial resuscitation protocols. This allows them to actually perform the technique quickly in any patient who starts to go bad and meets criteria. This center has been using REBOA nearly exclusively since they began studying it  a few years ago. They have actually supplanted ED thoracotomy (EDT) with this technique, and are a leader in producing data and studies on its nuances.

They compared short term outcomes in patients suffering traumatic arrest undergoing REBOA  (2013-2015) to those in patients with EDT (2008-2013). This was a simple study, with easy to understand statistical analyses.

Bottom line: Shock Trauma is a very busy center, and as you can see, even their REBOA numbers are low. This is why it is so critically important that all REBOA patients be part of a study. We really need to know how well it works, who it works best in, and what the downsides are. In this study, ROSC and survival to OR were statistically identical, but blood pressure was higher with REBOA compared to cross-clamping. Survival was also the same (abysmal), with one excellent outcome in the REBOA group.

The authors believe that REBOA and EDT are equivalent in terms of the variables they looked at. But remember, there are many other factors we need to look at, including things like resource utilization and healthcare worker safety. I strongly urge every center that is performing or considering REBOA to join a multi-center trial and/or report the the REBOA registry to hasten our understanding of this procedure.