One of the tenets of trauma surgery, handed down for generations, is that we should pack the abdomen to help manage major abdominal hemorrhage. “All four quadrants were packed” reads the typical operative note. But how exactly do you do that? Sounds easy, right? 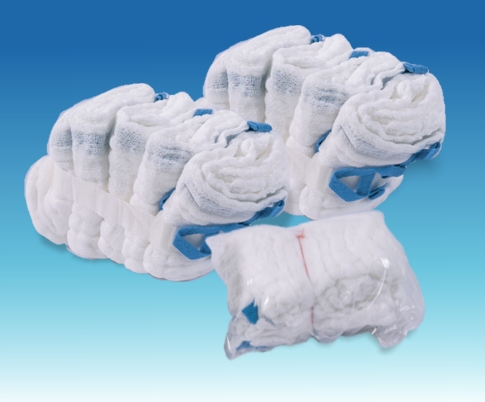 Well, there are nuances not found in the surgery textbooks. Here are some practical tips for the trauma surgeon:

On Monday, I’ll write about the importance of the final x-ray when the abdomen is closed.

Yes, major trauma patients are sick, but they are going to get sicker over the next few hours to days. No matter how bad they look now, they will tolerate more at the time you first see them than they will tomorrow.

Too often, we look at them and delay because “they are too sick to operate.” This is usually not the case.

Other Laws of Trauma:

Many readers may have noticed that the blog site has looked different for the past week. The good news is that I’ve migrated all my content (and more) to a standalone website, TheTraumaPro.com.

But the bad news was that all of the search engines only know of the original site, regionstraumapro.com, the original blog hosted on Tumblr. So a lot of people ended up being directed to an old post (on the new site) and not knowing why or how they got there. Confusing! Furthermore, links to related posts on the Tumblr site took readers to the same old random post on the new site. Even more confusing!

In order to stem the confusion while the search engines catch up, I’ve decided to run both sites in parallel. All posts will be cross-posted to both sites simultaneously. The Twitter notification will link to the post on the new site, but it will still be on Tumblr as well.

Please check out all the extra content on the new site at:

but just be aware that searches for content will probably direct you to Tumblr at:

Thanks for reading, whichever one you choose!

The July Trauma MedEd newsletter is just around the corner! The topic is: Practice Guidelines. I’ll be sharing a number of updated guidelines for diagnostic imaging, head injury, anticoagulated patients, and more.

I see so many trauma programs that recognize the need for a practice guideline, but then insist on taking a huge amount of everyone’s time designing it from scratch. Chances are that 50 other trauma centers already have done this! So take a look at the ones in the newsletter, tweak to your heart’s content, and use them! In addition to printable copies in the newsletter pdf, I’ll share a link to Microsoft Publisher file versions so you can customize them, add your own logo, etc.

The newsletter will be released over the US Independence Day weekend. Subscribers will receive it then. Everyone else will have to wait until the following week.

So sign up now, or get back issues, by clicking here!

Previously, I presented a scenario where a victim of a gunshot to the abdomen was taken to the OR after obtaining the image below. No bullet was seen on the x-ray, and none was found at the time operation.

Where could it have gone? Let’s assume that the surgeon did a good job, and it is not in the abdomen. Any more. There are several possibilities.

Does the x-ray cover the correct area? To cover a straighforward abdominal gunshot, it needs to show diaphragms to perineum, side to side. In these days of “super size me”, that usually doesn’t happen with one image. Look carefully at the one above. It doesn’t show any portion of the diaphragm, and doesn’t go low enough, either. And although the right flank can be seen, the left is cut off. So in this case, the bullet could be in the soft tissues of the torso, in the extraperitoneal rectal area, or near the diaphragm in the liver.

It could have moved outside the area of the initial x-ray. The most common mechanism for this is entry into the vascular system. If it enters the venous system, it will end up in the heart or pulmonary artery somewhere. This will be obvious when you get a chest x-ray. If it enters the aorta, it will embolize into the lower extremities. This fact should be painfully obvious when you check the pulses in the lower extremities.

The patient could poop it out if it entered their GI tract. This could happen if you wait to get additional images of the abdomen. If you bracket it with x-rays immediately, this should not happen.

In theory, the bullet could enter the bladder and get urinated out. This won’t happen if a catheter is in place. And it’s probably unrealistic because most bullets would cause tremendous pain passing, and would probably obstruct the urethra anyway.

Finally, it could have bounced. Never count on this one. Bullets can and do enter partially, then stop or fall out. They can cause underlying perforation of the peritoneum, and they can bruise nearby structures. This is extremely uncommon and should be a diagnosis of last resort!

Bottom line: If patient condition permits, the patient with a gunshot to the abdomen who will be taken to the OR should have any wounds marked and an initial abdominal image obtained that shows the entire abdomen. This may take multiple attempts. The image can be very helpful in directing the exploration and finding wounds. If it is not seen on the initial image(s), check the lower extremity pulses and obtain a chest x-ray to locate the bullet prior to the case.