Trauma professionals frequently have to leave bullets in patients. It is often more disruptive to go digging the projectiles out than to just leave them in place. But patients always want to know why and what the consequences might be.

In my last post, I discussed a very old paper on what we know about lead levels and retained bullets. Very recently, a meta-analysis was published that provides a better picture of this topic. They somehow managed to find over 2000 articles dealing with lead toxicity and bullets out there. But after someone had the pleasure of reviewing each of them, they found only 12 that had any meaningful or actionable information.

Bottom line: Even using meta-analysis, it is difficult to tease out meaningful answers to this question. That speaks to the low numbers of papers and their quality. However, this study does provide a little bit of guidance.

Retained bullet fragments are probably not a big worry in most patients. The bothersome cases are those where the fragments are in or near a bone or joint. And even though few patients actually developed lead toxicity, lead levels approaching 5 micrograms/dL can have physiologically significant negative effects.

Recommendation: If your patient has a retained bullet fragment near a bone or joint, or they have “multiple” retained fragments (no good definition of this), they should have blood lead levels measured every three months for a year. If the level is rising, and certainly if it reaches the 5μ/dL level, attempts should be made to remove the fragments.

This is a fairly common question from victims of gunshots and their families. As you know, bullets are routinely left in place unless they are superficial. It may cause more damage to try to extract one, especially if it has come to rest in a deep location. But is there danger in leaving the bullet alone?

One of the classic papers on this topic was published in 1982 by Erwin Thal at Parkland Hospital in Dallas. The paper recounted a series of 16 patients who had developed signs and symptoms of lead poisoning (plumbism) after a gunshot or shotgun injury. The common thread in these cases was that the injury involved a joint or bursa near a joint. In some cases the missile passed through the joint/bursa but came to rest nearby, and a synovial pseudocyst formed which included the piece of lead. The joint fluid bathing the projectile caused lead to leach into the circulation.

The patients in the Parkland paper developed symptoms anywhere from 3 days to 40 years after injury. As is the case with plumbism, symptoms were variable and nonspecific. Patients presented with abdominal pain, anemia, cognitive problems, renal dysfunction and seizures to name a few.

Bottom line: Any patient with a bullet or lead shot that is located in or near a joint or bursa should have the missile(s) promptly and surgically removed. Any lead that has come to rest within the GI tract (particularly the stomach) must be removed as well. If a patient presents with odd symptoms and has a history of a retained bullet, obtain a toxicology consult and begin a workup for lead poisoning. If levels are elevated, the missile must be extracted. Chelation therapy should be started preop because manipulation of the site may further increase lead levels. The missile and any stained tissues or pseudocyst must be removed in their entirety.

Granted, this is a very old paper. Over the years, a few papers on the topic have popped up from time to time. In my next post, I’ll review a meta-analysis on this topic that was published just last year. 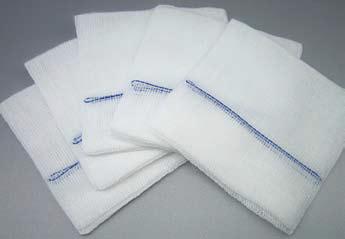 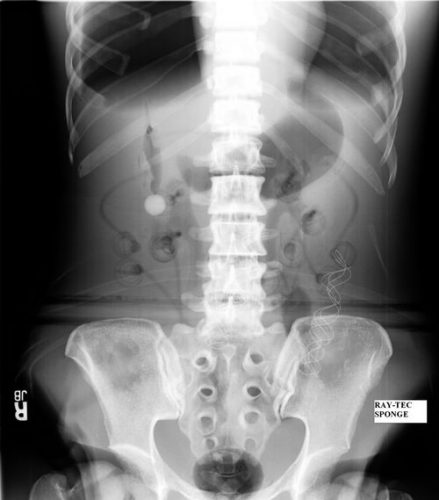 Most trauma programs can be divided into two types: those that believe in tranexamic acid (TXA) and those that don’t. I won’t get into the details of the CRASH-2 study here. But those centers that don’t believe usually give one of two reasons: they don’t think it works or they think the risk of venous thromboembolism (VTE) is too high.

EAST put together a multi-institutional trial to see if there was an association between TXA administration and subsequent VTE. The results are being reported as one of the paper presentations at the meeting this week. A retrospective study of the experience of 15 trauma centers was organized. A power analysis was preformed in advance, which showed that at least 830 patients were needed to detect a positive result.

Adult patients who received more than 5 units of blood during the first 24 hours were included. There were a lot of exclusionary criteria. They included death within 24 hours, pregnancy, pre-injury use of anticoagulants, interhospital transfer, TXA administration after 3 hours, and asymptomatic patients that had duplex VTE surveillance (huh?). The primary outcome studied was incidence of VTE, and secondary outcomes were MI, stroke, length of stay, and death.

The group concluded that there was no association between TXA and VTE, but that it was linked to decreased mortality and transfusion need.

My comment: This was a study done the way they are supposed to be! Know your objectives and study outcomes up front. Figure out how many patients are needed to tease out any differences. And use understandable statistics to do so.

But, of course, it’s not perfect. No retrospective study is. Nor is any multi-institutional trial. There are lots of little variations and biases that can creep in. But the larger than required sample size helps with reducing the noise from these issues.

Basically, we have a decent study that shows that the clinical end points that we usually strive for are significantly improved in patients who have TXA administered. We don’t know why, we just know that it’s a pretty good association.

This study shows that the usual reasons given for not using TXA don’t appear to hold true. So hopefully it will convert a few of the TXA non-believers out there. I’m excited to hear more details during the presentation at the meeting.