Aren’t these embarrassing? A referring center sends you a patient with the idea that they will be evaluated and admitted to your hospital. But it doesn’t work out that way. The patient is seen, possibly by a surgical specialist, bandaged up, and then sent home. Probably to one that is quite a few miles away. Not only is this a nuisance for the patient and an embarrassment for the sending center, it may use resources at the trauma center that are already tight.

Transfer patients who are seen and discharged are another form of “ultimate overtriage.” In this case, the incorrect triage takes place at the outside hospital.  The trauma group in Oklahoma City reviewed their experience with these patients over a two year period. They looked exclusively at patients who were transferred in to a Level I center and then discharged.

The authors concluded that the typical injuries prompting transfer are predictable. It may be possible to reduce the number of transfers by deploying telemedicine systems to push evaluations out to the referring hospitals.

Bottom line: This is quite interesting. Anyone who works in a Level I or II center is aware of this phenomenon. This abstract went a step further and quantified the specific issues involved. This center ended up discharging over 300 patients per year after transfer in. This is a tremendous drain on resources by patients who did not truly have the need for them.

The authors speculate that telemedicine evaluation may help reduce some of those transfers. This seems like an easy solution. However, it also poses a lot of issues in terms of who will actually staff the calls and how will they be compensated for their time.

There are a number of important take-aways from this abstract:

This allows the higher level centers to reserve phone and/or telemedicine consultation for only the most ambiguous cases. It’s a better use of telehealth resources that may be needed, typically at night and on weekends.

Reference: TRAUMA TRANSFERS DISCHARGED FROM THE EMERGENCY DEPARTMENT – IS THERE A ROLE FOR TELEMEDICINE. AAST 2021, Oral abstract #63. 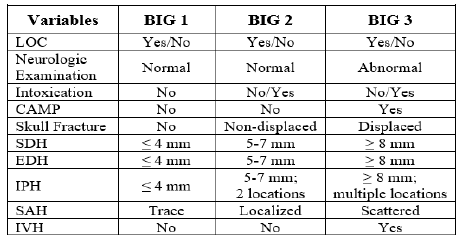