Damage control laparotomy (DCL) has been around now for over 25 years. Many, many papers have been written on its benefits, and the decreased mortality for abdominal trauma specifically. In fact, its use has been generalized to trauma for all other body cavities as well.

However, with this improved mortality came an increase in complications. Incisional hernias remain common, as do episodes of delayed small bowel obstruction. Much of the emphasis in traumatic damage control surgery has now shifted to finding ways to close wounds more quickly and reduce the overall complication rate.

In contrast to damage control laparotomy, much less is known about the potential complications associated with the single-look trauma laparotomy.

This procedure is carried out more frequently than DCL, but we have spent less time studying outcomes and risk factors for complications in this group of patients.

The surgery group at Scripps Mercy Hospital in San Diego conducted a statewide retrospective review of a hospital discharge database of adult trauma patients over an eight-year period. Patients with multiple laparotomies were excluded, as it was assumed that these were damage control patients.

The primary outcomes studied were surgical complications, including bowel obstruction, hernia, fistula, wound infection or dehiscence, and evisceration. Complications were recorded during the initial admission, and during any readmissions in the study period.

Bottom line: This paper is unique in that it is one of the few that was able to follow a large patient population for complications occurring both during and after the initial admission. The overall complication rate was surprisingly high (33%), which is similar to that seen after emergency surgery.

Knowing all of this, what should we do? To date, we have not come close to solving the problems of postop adhesive small bowel obstruction, wound infection, and incisional hernia in any surgical population. However, this work points out the importance of counseling our patients about the potential for complications, how to recognize them, and when to present for evaluation and treatment.

The debate over incidental appendectomy has waxed and waned over the years. And for the most part, it has nearly permanently waned in general surgical cases for now. But every once in a while, I am asked about incidental appendectomy during trauma laparotomy. Is it a good idea? What reasons could there possibly be for doing it? 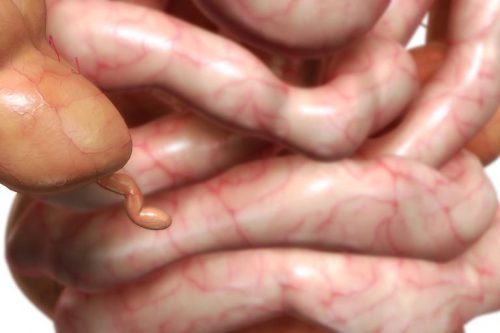 In the old days, we would frequently do an incidental appendectomy because… well, just because we were there. The surgeon was in the midst of a general surgical case, typically an open one, and this normal little appendix was just staring us in the face. The justification was usually, “we’ll save him another operation in the future in case he develops acute appendicitis.”

Legitimate reason? It took many years for the literature to develop, but it finally did. Here were the reasons we figured out not to do it:

Can acute appendicitis develop after trauma laparotomy? Sure, at any time. Thankfully, it’s not very common. The presenting complaints are the same as we learned in the doctor books. However, the location of the pain and tenderness may not be in the classic location depending on the post-trauma anatomy and presence of adhesions.

Bottom line: Incidental appendectomy is no longer indicated for just about anything, including trauma laparotomy. If one of your patients presents with abdominal pain at any time, both post-traumatic and other causes must be considered. CT has become the standard for appendicitis workup, and is extremely helpful in sorting out causes in the post-op trauma patient. Use it, and if it is one of the rare cases where appendicitis is actually present, then proceed with the usual and appropriate operative on nonoperative management.

With the introduction of damage control laparotomy (DCL) in the early 1990s, the trauma literature has focused on the nuances of this procedure. A significant amout of research has looked at patient selection, techniques, optimum time to closure, and complications afterwards. Studies on the single-look trauma laparotomy (STL) seem to have fallen behind. When compared to DCL, it seems to have relatively few complications.

But is that really so? A paper from the 1980s showed a nearly 50% complication rate after STL, but this included some trivial things like atelectasis which padded the numbers. A group at Scripps Mercy in San Diego looked at long-term complications after  STL in a state-wide California database. They were able to identify patients who underwent STL who were then readmitted for complications at a later date. They studied this data over an 8-year period.

Bottom line: More than 10% of patients undergoing single-look trauma laparotomy develop significant complications. This is much higher than the complication rate seen after typical general surgical procedures. The difference between these groups and the reasons are not clear. Additional work must be done to tease out the risk factors, and our patients should be counseled on these potential complications and when to return for evaluation. Finally, the trauma surgeon should always use their best judgment to avoid an unnecessary trauma laparotomy.

Patients with serious abdominal injury may require a laparotomy, and a subset of these may need a temporary closure for damage control surgery. Concomitant spine injury may have your spine surgeons asking “is it safe to prone the patient who is postop with a midline incision or an open abdomen.” What to tell them?

There’s not much guidance out there in the literature. One paper from 2000 looked at four patients who were proned for severe ARDS and found that one suffered a wound dehiscence. However, this patient had severe generalized edema and was on several pressor agents.

The use of temporary abdominal closure techniques has revolutionized the early management of severely injured trauma patients and has greatly decreased the incidence of complications from abdominal compartment syndrome. Several authors have now demonstrated that putting those patients in the prone position is well tolerated.

As far as patients who have a closed laparotomy, proning appears to be well tolerated as well. One caveat: consider carefully if the patient is having wound complications or if they are morbidly obese.

The bottom line: Consider the risks and benefits carefully in any post-laparotomy patient you are considering prone positioning for. Other than in morbidly obese, it is generally considered safe, even in patients with damage control dressings in place. However, make sure the trauma surgeon re-evaluates the wound again as soon as the patient is returned to the supine position.