The common teaching is that patients with traumatic subdural hematoma don’t do well. This is generally due to the presence of more direct injury to the brain compared with patients who have epidural hematoma. Outcomes data tends to bear this out. However, this data is at least 20 years old and it would be nice to know if we’ve made any progress in the management of this injury. 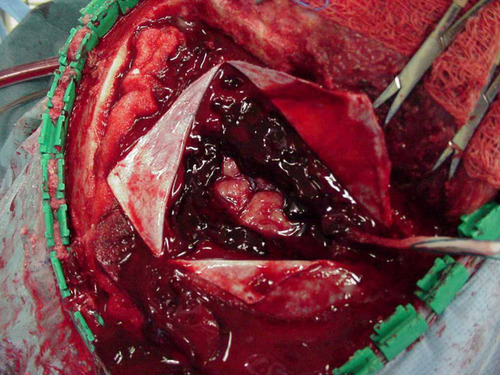 Harborview Medical Center retrospectively reviewed four years worth of its trauma registry data on patients with subdural hematoma. They scrutinized the usual outcomes data, looking at patients with and without surgical decompression. During the study period, clinical management routines remained basically the same.

A total of 1427 patients were included in the study. The average age was 58. Interesting facts from the study include:

Bottom line: Patients with subdural hematoma do better these days than they used to. This is probably due to better imaging (CT), which leads to earlier and more accurate management. Additionally, these injuries are now treated at regional trauma centers like Harborview, which may also improve survival.

And coming next week, some interesting Trauma Mythbusters! We use CT scanning in trauma care so much that we tend to take it (and its safety) for granted. I’ve written quite a bit about thoughtful use of radiographic studies to achieve a reasonable patient exposure to xrays. But another thing to think about is the use of IV contrast.

IV contrast is a hyperosmolar solution that contains some substance (usually an iodine compound) that is radiopaque to some degree. It has been shown to have a significant impact on short-term kidney function and in some cases can cause renal failure.

Here are some facts you need to know:

If you must give contrast to a patient who is at risk, make sure they are volume expanded (tough in trauma patients), or consider giving acetylcysteine or using isosmolar contrast (controversial, may still cause toxicity).

Bottom line: If you are considering contrast CT, try to get a history to see if the patient is at risk for nephrotoxicity. Also consider all of the studies that will be needed and try to consolidate your contrast dosing. For example, you can get CT chest/abdomen/pelvis and CT angio of the neck with one contrast bolus. Consider low dose contrast injection if the patient needs formal angiographic studies in the IR suite. Always think about the global needs of your patient and plan accordingly (and safely).

Everybody knows that smoking is bad. But how often have you stopped by to see one of your trauma patients and have been told “they’re out smoking?” Well, it turns out it’s bad for their injuries as well.

A German group looked at the effects of smoking on healing of a “simple” tibial fracture. They looked at 103 patients who underwent treatment for an isolated tibial shaft fracture at a trauma center. Patients with more complicated problems like extension into a joint, open fracture (Gustilo III), or significant soft tissue injury were excluded.

Patients were divided into non-smokers and smokers (including previous smokers). A total of 85 patients were studied, and there were roughly half in each group. The nonsmoking group experienced no delayed or non-unions of their fractures. The smoking group reported 9 delayed unions and 9 non-unions in 46 patients! As expected, time off work and eventual functional outcome was worse as well.

Bottom line: The exact mechanism for impairment of fracture healing by smoking is unclear. It may be due to physiologic effects of inhaled tobacco components on blood flow, blood vessels, transforming growth factor levels or collagen formation. It could also be a secondary effect of socioeconomic variables, patient compliance, or a host of other factors. Regardless, it’s bad. Smoking should be forbidden while in hospital, and should be strongly discouraged after discharge.

The Eastern Association for the Surgery of Trauma recently released an update of their practice guideline for screening for blunt cardiac injury. Although the bulk of the guideline remains the same, a few areas have been updated to reflect advances since its original 1998 release.

Here is a quick summary of the new guidelines. Level 1 (best data):

The EAST guidelines are just that, guidelines. They are not a complete management algorithm. I have combined this new information with an existing algorithm based on the old EAST guidelines. Feel free to download this algorithm using the link below. As always, I welcome any comments.