The lymphatic system is a network of vessels that helps regulate fluid homeostasis, waste clearance, and immune response. Most tissues in the body have some type of lymphatic drainage. The main holdouts have been the brain, the eyes, and our bones.

Ten years ago, the brain lymphatic system (called glymphatics since they are associated with neuroglial cells) was discovered. This system is critically important to brain health. During deep sleep, our neurons shrink in size, allowing CSF to flush through the glymphatic system. This sweeps the accumulated debris (including tau and beta-amyloid) out through the glymphatics to be disposed of. 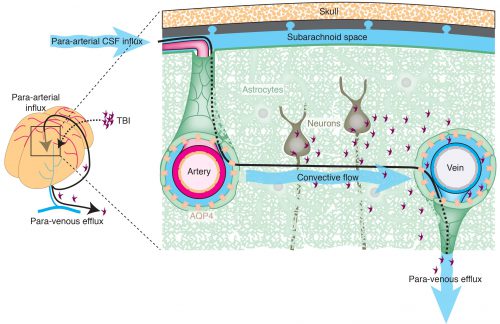 In 2014, Schlemm’s canals in the eye were also identified as functioning as a lymphatic system. These collect the aqueous humor absorbed by the trabecular meshwork on the surface of the iris. 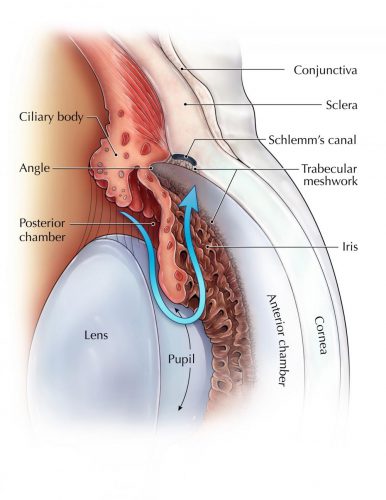 And now, the Institute of Molecular Medicine at Oxford has discovered a lymphatic network in our bones! As anybody who has played with a microscope can attest, it’s easy and fascinating to view soft tissues. But working with calcified tissue is very challenging. For this reason, the organization of blood vessels in bone has been difficult to observe.

The authors used light sheet fluorescence microscopy to image intact bone specimens. This technique shines a sheet of laser light through a labeled specimen. A fluorescence detector perpendicular to the sheet of light records light output from the tagged items of interest in one two-dimensional layer. This technique can actually be used in living specimens, although in this study the bones were prepped and the calcium was carefully removed. 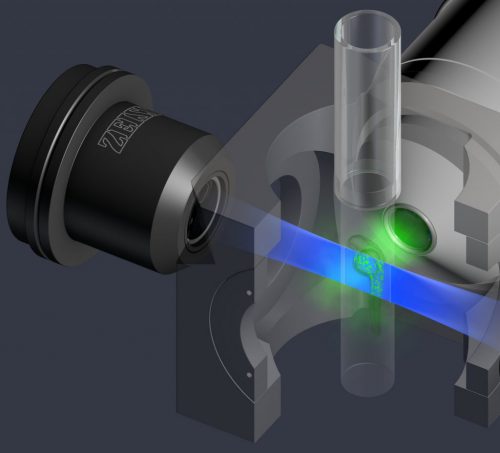 The authors identified lymphatics in mouse and human bone specimens. They also found that these lymphatics expanded in response to stress, which resulted in formation of more lymphatics. This, in turn, induced regeneration of the bone itself and hemopoietic cells in the bone marrow. However, as the animals aged, their lymphangiogenesis lessened, which may explain why bones in the elderly do not heal as well or as quickly. 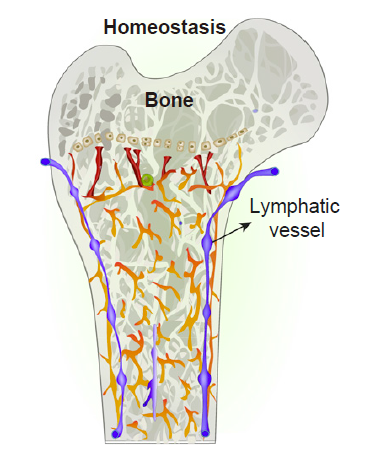 Bottom line: This is an exciting discovery using a novel imaging technique. It showed not only the structure of these lymphatics but also their role in healing from injury. It raises the interesting possibility that manipulating the lymphatic endothelial cells might allow us to accelerate healing after injury.

First, we had lymphatics. Then, when they were found in the brain, we called them “glymphatics.” So now I will take the prerogative to name the ones discovered in bone as “blymphatics.” Not very sexy, but you get the idea! 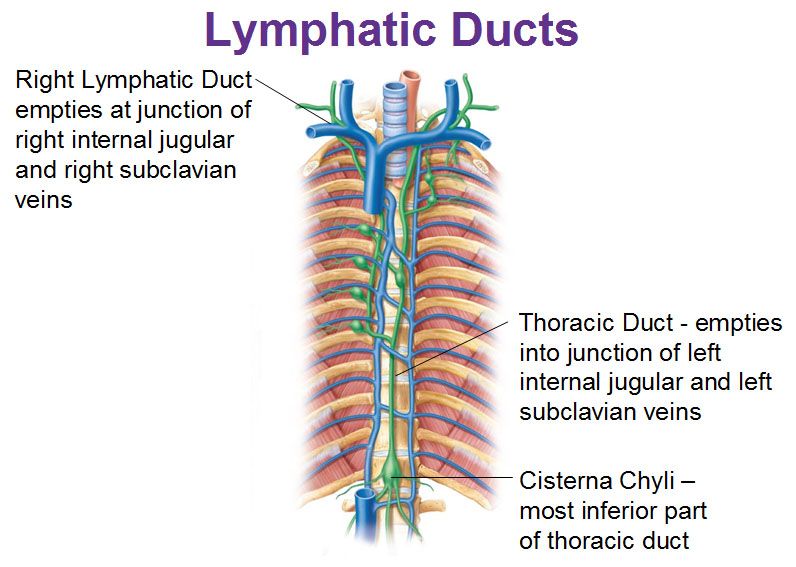 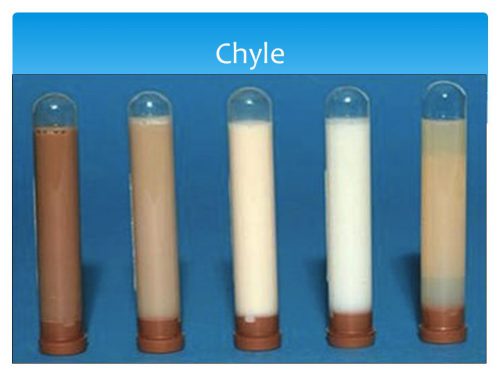 Fracture of the frontal sinus is less common than other facial injuries, but can be more complex to deal with, both in the shorter and longer terms. These are generally high energy injuries, and facial impact in car crashes is the most common mechanism. Fists generally can’t cause the injury, but blunt objects like baseball bats can. 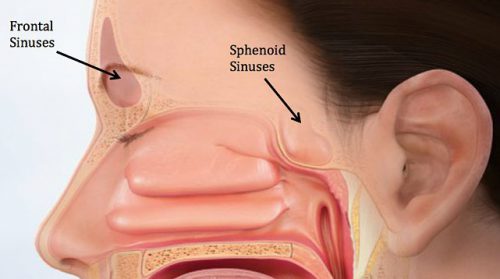 There are two “tables”, the anterior and the posterior. The anterior is covered with skin and a small amount of subcutaneous tissue. The posterior table is separated from the brain by the meninges.

Here’s an image of an open fracture involving both tables. Note the underlying pneumocephalus. 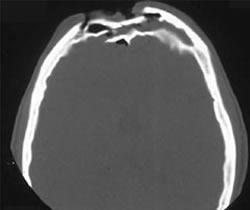 A third of injuries violate the anterior table, and two thirds violate both. Posterior table fractures are very rare. A third of all patients will develop a CSF leak, typically from their nose.

These fractures may be (rarely) identified on physical exam if deformity and flattening is noted over the forehead. Most of the time, these patients undergo imaging for brain injury and the fracture is found incidentally. Once identified, go back and specifically look for a CSF leak. Clear fluid in the nose is, by definition, CSF. Don’t waste time on a beta-2 transferring (see below).

If a laceration is clearly visible over the fracture, or if a CSF leak was identified, notify your maxillofacial specialist immediately. If more than a little pneumocephalus is present, let your neurosurgeon know. Otherwise, your consults can wait until the next morning.

In general, these patients frequently require surgery for the fracture, either to restore cosmetic contours or to avoid mucocele formation. However, these are seldom needed urgently unless the fracture is an open fracture with contamination or there is a significant CSF leak. If in doubt, though, consult your specialist. 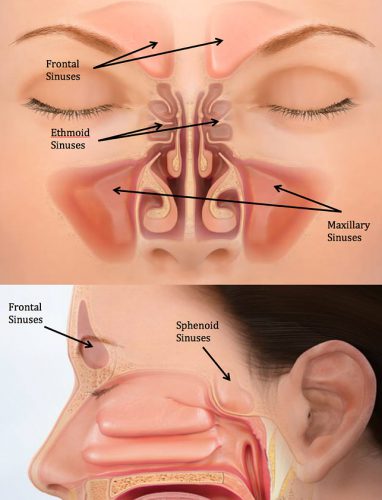 In trauma surgery, operative management of liver injury is usually messy business, with little time for nice anatomic resections. However, an understanding of the basic anatomy, especially that of the vascular supply is crucial for saving your patient.

A cool tool for remembering Couinaud’s segments and the overall layout of liver anatomy was published in the Archives of Surgery recently. It makes use of a model, which consists of your hand! Just make a fist with your right hand and tuck the thumb behind the other fingers.

The fingers can then be numbered according to the Couinaud segments, with the caudate lobe (segment 1) represented by the thumb that is tucked away. The PIP joints represent the plane that the portal vein runs through, with branches going to upper and lower segments. Note how the ring finger normally lies a little more anterior than the little finger in this position, just like the sectors of the right lobe.

The creases between the fingers represent the left, middle and right hepatic veins.

Bottom line: This “handy” liver model is available immediately in the OR and is already sterile. It can help visualize liver structures that may be injured quickly and accurately to speed your operative approach to the problem.