I previously published a series on the concept of scoop and run vs stay and play. For those new to the concept, it involves decision-making by prehospital providers to throw the patient into the ambulance and book it to the trauma center, or perform potentially life-saving interventions on scene first.

I’m going to repost the series first to give you a historical perspective on this idea. Then I’ll finish up with the results of a recent multi-center trial conducted by EAST to provide the finishing touch.

For trauma patients time is the enemy and there are two different flavors of scoop and run vs stay and play. The more commonly understood one has to do with treating on scene (or not) before going to a high level (I or II) trauma center. The other flavor that rural prehospital providers face is, do I take the patient to a nearby hospital that is not a high level trauma center (III or IV) to stay and play, or do I scoop and run to the nearest Level I or II center which may be farther away?

Obviously, the cause of this increased mortality cannot be determined from the data. The authors speculated that patients may undergo more aggressive resuscitation with crystalloid and blood at the outside hospital making them look better than they really are, and then they die. Alternatively, they may have been under-resuscitated at the outside hospital, making it more difficult to ensure survival at the trauma center.

Bottom line: This is an interesting paper, but it’s kind of a mutant. When I think about the true stay and play concent, I’m really thinking about delays going to a high-level trauma center, not a lower level trauma hospital first! And the authors never really define a “nontrauma hospital.” Does a Level III or IV center count? How did patients who stayed at the outside hospital do?

Obviously, a lot of work needs to be done to add detail to this particular paper. In my next post, I’ll look at this concept as it applies to patients with penetrating injury.

In my last post, I reviewed a huge systematic review and meta-analysis of the use of tranexamic acid (TXA)  by all medical disciplines using it. There were more than 125,000 cases included and showed the incidence of thrombotic complications in TXA vs non-TXA patients was exactly the same at about 2%.

Our orthopedic surgery colleagues have been using TXA to reduce bleeding in their cases for decades. There is nothing close to the degree of “TXA hesitancy” in orthopedic surgeons than I see in surgical practices across trauma centers. What do the orthopods know that we don’t?

Trauma orthopedic groups in Malta and the UK published a paper just this month in which they performed a systematic review and meta-analysis of the use of TXA in hip fracture surgery. They focused on randomized, controlled trials published after 2010. A standard approach was used in the analysis, which looked specifically at the impact of IV TXA on transfusion requirements in surgery. Only adults were studied, and eligible studies compared TXA with a placebo, or TXA with no TXA.

Bottom line: This paper presents more high-quality evidence that the use of TXA in surgically induced injury (hip fracture repair) significantly reduces the need for transfusion in the group with the most blood loss.

However, as with any meta-analysis the results are only as good as the quality of the individual papers. There were differences in how the TXA was given. It was also not possible to separate out results from the various types of hip surgery performed. And obviously, these are not major, multi-trauma patients.

Most TXA hesitant surgeons are either concerned with the efficacy of TXA, or the potential risks. This paper shows that, overall, TXA is effect in these patients despite the mix of doses and timing of delivery. And it clearly shows that the risk for thrombotic complications was identical to that of not giving it.

We have a cheap, effective tool to reduce the need for blood transfusion (read “blood loss”) in trauma patients that has a totally neutral risk profile for thrombosis. We all need to ask ourselves, “why are we not using it?”

I’ve visited several hundred trauma centers over the past 25 years, and recently I’ve begun to appreciate that there are two tribes when it comes to the use of tranexamic acid: the TXA believers and the TXA hesitant. 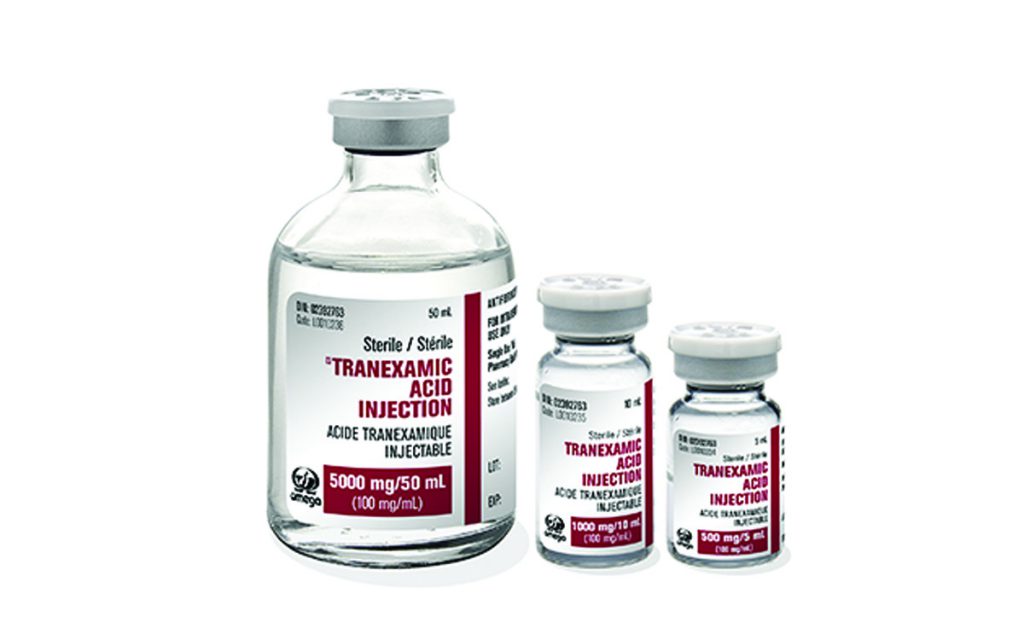 JAMA Surgery published a large systematic review, meta-analysis, and meta-regression last year that sought to examine the association between thromboembolic events (TE) in patients of any age and involving all medical disciplines, not just trauma.

The anesthesia group at the University Hospital Frankfurt in German did a systematic search of the Cochrane Central Register of Controlled Trials, as well as MEDLINE, for randomized controlled trials involving TXA. They covered all published studies through December 2020.

In my next post I’ll describe an even more recent systematic review and meta-analysis in orthopedic patients. Our orthopedic colleagues have been using this drug successfully for hip surgery for decades. Let’s see what they think.