Yesterday, I wrote about ways to reduce and hopefully eliminate retained foreign bodies (instruments, sponges) during damage control surgery. Today, I’ll provide a sample x-ray and some tips on how to use this tool most effectively.

Here is an abdominal x-ray obtained just prior to closure of a patient who underwent damage control laparotomy. The OR record and surgeon from the initial operation documented that four sponges had been left in place for hemostasis. 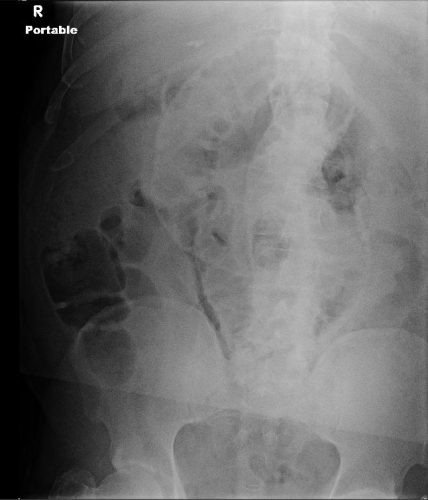 Wrong! This image is not complete. This patient is larger than the x-ray plate used. The area under the diaphragms, the pelvis, and the entire left side of the peritoneal cavity have not been visualized.