In my last post, I discussed the Passy-Muir valve, which allows patients who have a tracheostomy tube in place, and are not on a ventilator, to talk. But what about patients who are still vent dependent? It’s very frustrating for both patient and trauma professionals when we can’t communicate with each other.

Pulmodyne, Inc. makes the Blom tracheostomy tube system, which solves this problem. This device has a large fenestration in the back of the tube with a special bubble valve (see below), coupled with an inner cannula that has a 1-way flap valve. This allows controlled release of air into the pharynx, enabling speech while on the ventilator. A multicenter study looked at voice production and intelligibility of speech in a group of 23 ventilated patients with a trach tube in place. Although not entirely clear in the paper, it appears that all were changed to Blom trach tubes for the study (2 had one in place at the beginning of the study). Overall, voice production and intelligibility were good. Most were able to begin audible speech within about 6 minutes of initial application. One deconditioned patient took longer. The video below shows an example of the speech that is achievable.

Bottom line: This novel product allows a subset of trauma patients to speak while still on the ventilator. It is most appropriate for those who do not have significant head injury, especially those with facial trauma requiring airway protection with a tracheostomy.

I have no financial interest in Pulmodyne, Inc.

Some critically injured patients undergo tracheostomy due to prolonged ventilatory failure. As they recover, the trach tube is usually downsized over time until it can be permanently removed. Unfortunately, this process may take a month or more, and the patient is generally unable to speak during this time. Writing and other forms of communication are both slow and frustrating, so a Passy-Muir valve may be attached to the trach to allow (nearly) normal speech during the recovery process. 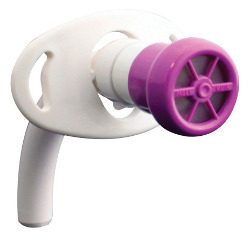 The Passy-Muir is a one way valve that allows air to be inhaled through the trach tube, but not exhaled through it. Instead, the air must circulate around the tube and up through the trachea to the pharynx. This particular brand has features that help keep the tube from collecting secretions during speech. See the brief video from the manufacturer below.

The downside to this device is that it increases the work of breathing during exhalation because air must flow around the entire trach tube, which is narrowing the available tracheal lumen. Note: if the trach tube has a balloon, it must be deflated or the patient will not be able to breathe! Some patients do not have enough strength to overcome this narrowing initially, and may not be able to speak or say more than a few words at a time. This improves with practice, and helps speed up tube removal.

Use of a fenestrated tracheostomy tube with the Passy-Muir is helpful, because it has a strategically placed (but small) hole that allows air flow through a portion of the tube. When this type of tube is used, the balloon must also be deflated, since it is subject to mucus plugging which would completely obstruct the airway. Work of breathing is still increased because this hole is small relative to the diameter of the trachea. 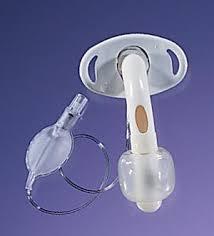 Note: I have no financial interest in Passy-Muir Inc or any other tracheostomy product manufacturers.

However, flying in a commercial airliner is different. Even though the aircraft may cruise at 30,000+ feet, the inside of the cabin remains considerably lower though not at sea level. Typically, the cabin altitude goes up to about 8,000 to 9,000 feet.Using Boyle’s law, any volume of gas (say, a pneumothorax in your chest), will increase by about a third on a commercial flight.

Has this happened to you?

Your (emergency physician / neurosurgeon / orthopaedic surgeon) colleague wants to (get rib detail xrays / administer steroids / wait a few days before doing a femur ORIF). You question it based on your interpretation of the literature. You even provide a stack of papers to them to prove your point. Do they buy it? Even in the presence of randomized, double-blinded, placebo-controlled studies with thousands of patients (good luck finding those)?

The answer is generally NO! Why not? It’s science. It’s objective data. WTF?

Sociologists and psychologists have shown that there is a concept that they call the Backfire Effect. Essentially, once you come to believe something, you do your best to protect it from harm. You become more skeptical of facts that refute your beliefs, and less skeptical of the items that support them. Having one’s beliefs challenged, even with objective and authoritative data, causes us to hold them even more deeply. There are plenty of examples of this in everyday life. The absence of weapons of mass destruction in Iraq. The number of shooters in the JFK assassination. President Obama’s citizenship.

Bottom line: It’s human nature to try to pick apart a scientific article that challenges your biases, looking for every possible fault. It’s the Backfire Effect. Be aware of this built in flaw (protective mechanism?) in our psyche. And always ask yourself, “what if?” Look at the issue through the eyes of someone not familiar with the concepts. If someone challenges your beliefs, welcome it! Be skeptical of both them AND yourself. You might just learn something new!