Patients with traumatic brain injury (TBI) severe enough to cause bleeding are usually admitted to the hospital for observation and in many cases, repeat CT scanning. Those with small intracranial hemorrhages (ICH) may experience progression of the bleeding, and a small percentage of cases may need operative intervention (1-3%). Questions we typically face are, how long should we watch for progression, and how often should we scan?

A retrospective cohort study was carried out at UMD-NJ, looking for answers for a specific subset of these patients. Specifically, they had to have a mild blunt TBI (loss of consciousness and/or retrograde amnesia, GCS in the ED of 13-15) and a positive head CT. They classified any type of hemorrhage into or around the brain as positive.

During a 3 year period, 474 adults were enrolled but only 341 were eligible for the study. They were excluded due to previous injury, presence of a mass (not trauma), need for immediate neurosurgical intervention, or failure to get a second CT scan. The authors found:

Bottom line: Most centers are probably overdoing the observation and repeat scan thing. More than two thirds of bleeds are stable by the first scan (first and second scans identical), and nearly all stop progressing within 24 hours. It’s very likely that patients who are not on anticoagulants and who have a stable neuro exam and stable symptoms can get just one scan and 24 hours of observation. Persistent headache, nausea, failure to ambulate well, or other symptoms warrant a repeat scan and longer observation.

Looking for specific content from the Trauma Professional’s Blog? I’ve posted almost 600 items over the last 3 years here, so there’s a lot of stuff to sift through! There are several ways to do it, and here are some tips.

If you look over in the column to the right, you’ll see three tools to help you: 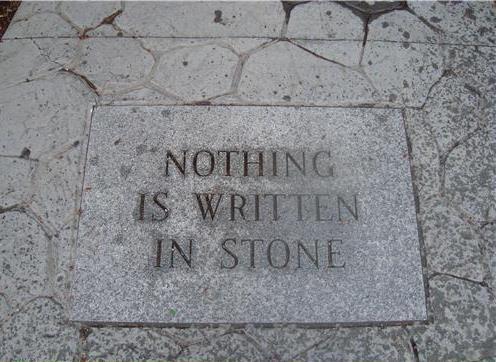 This patient was involved in a motor vehicle crash with significant chest trauma. They’ve been intubated and are oxygenating and ventilating well. What to do next?

First, the endotracheal tube was a bit deep, which can create its own problems. It was pulled back a few centimeters. Since the patient was hemodynamically stable, a CT angio of the chest would be very helpful to try to figure out the pathology. Here’s a representative slice from the scan. There are a few striking findings here:

The combination of of the above is highly suggestive of a large airway injury. Since the entire lung was affected, it is most likely a mainstem bronchus injury. Usually, these are accompanied by a large air leak from the chest tube, but not in this case.

This prompted the bronchoscopy shown two days ago. The image is oriented such that the left mainstem bronchus was on the right side of the video. A bronchial tear is visible on the lateral aspect, just before the takeoff of the upper lobe bronchus. You can get the impression of a beating heart beating somewhere nearby. And when the camera pops through the laceration, you can actually see the thoracic aortic coursing away toward the diaphragm!

Several of you figured this one out! The patient was involved in a high speed car crash and was brought to the ED in respiratory distress.  Decreased left sided breath sounds were noted. The following xray was obtained. Opacity is noted in the left lung field, and a modest pneumothorax is seen on the right. Bilateral first ribs are fractured, and the left second through fourth ribs are also broken. The patient was intubated and bilateral chest tubes were inserted. There was minimal blood from the left chest tube, and a small amount of air from the right. Note the extensive subcutaneous emphysema.

What should we do next? Are any other diagnostic tests indicated? Could the endotracheal tube placement be part of the problem?

What The Heck? Video!

Here’s a very interesting one. This is 2 minute video of a bronchoscopy performed on a patient who was involved in a head-on car crash.

What’s the diagnosis? And be exact, there are many possibilities here. Comment or tweet your best guesses!