Yesterday, I wrote about one of the many fractures that occurs during falls onto outstretched hands, the Galeazzi fracture. Today, I’ll describe another one, the Monteggia fracture. Yes, this one is named after another Italian surgeon! And like the other one, the person it was named after was actually the second to describe it.

Of course, the orthopedic surgeons have a classification system for this based on the directions the bones fracture and dislocate. I won’t bore you with the details.

Unlike the Galeazzi fracture, all of these require operative repair, even in children. This helps stabilize the radial head and decreases the incidence of malunion.

Orthopedic surgeons have so many names for fractures, it gets confusing! Today, let’s dig in to the “Galeazzi fracture.” This one was named for an Italian surgeon during the early 20th century) although it was actually first described by an Englishman named Cooper a hundred years earlier). 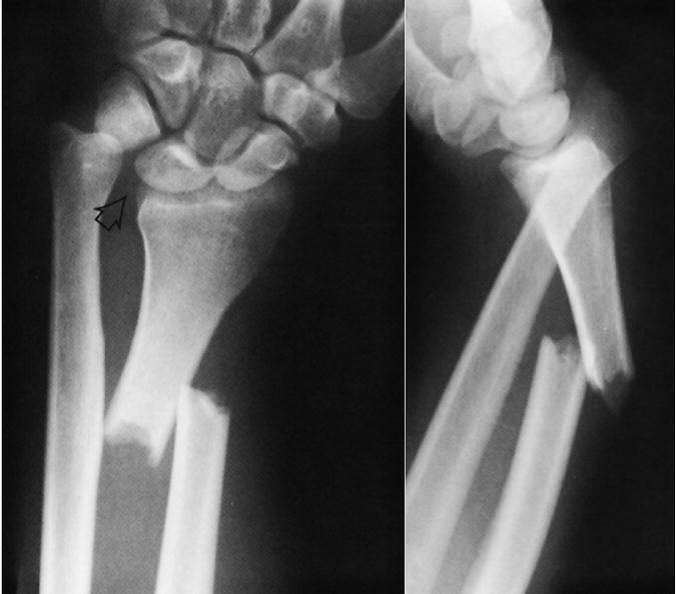 Notice the obvious dislocation seen in the lateral view. Of course, a whole classification system has been developed to describe the various nuances of this fracture pattern, but that’s beyond the scope of this post.

What to do about it? This one needs prompt orthopedic consultation, and due to the dislocation component it requires operative management in adults. In children, initial closed reduction is the treatment of choice.