Just about every practice guideline out there regarding liver and spleen injury has some type of physical activity guidelines associated with it. The accepted dogma is that moving around too much, or climbing stairs, or lifting objects, or getting tackled while playing rugby could exacerbate the injury and lead to complications or surgery.

But is it true? Activity restrictions after solid organ injury have been around longer than I have been a trauma surgeon. And the more people I poll on what they do, the more and very different answers I get. And there are no decent papers published that look critically at this question. Until now.

A pediatric multi-center study of study on adherence to activity restrictions was published last year. Ten Level I pediatric trauma centers in the US tabulated their experience with solid organ injuries over a 3.75 year period fro 2013 to 2016. Only patients with successful nonoperative management of their injury were included, and those with high grade renal or pancreatic injuries were excluded.

Since this was a pediatric study, the American Pediatric Surgical Association (APSA) practice guideline was followed (activity restriction = organ injury grade + 2 weeks). Activity restrictions included all sports, any recreational activity with wheels, or any activity that involved having both feet off the ground. Patients with Grade III-V injuries were seen at an office visit after 2 weeks, and lower grade injuries had a phone followup.

Bottom line: There were no significant differences between the compliant and noncompliant groups. Unfortunately, the authors did not include an analysis of the “I don’t know if I complied” group, which would have been interesting. But there is one issue I always worry about in these low-number-of-subjects studies that don’t show a significant difference between groups. Did they have the statistical power to show such a difference? If not, then we still don’t know the answer. And unfortunately, I’m not able to guess the numbers well enough to do the power calculation for this study.

I am still intrigued by this study! Our group originally had a fixed time period (6 weeks) of limited activity in our practice guideline for pediatric solid organ injury patients. This was rescinded last year based on our experience of no delayed complications and guidance from our sister pediatric trauma center at Children’s Hospital in Minneapolis. We are also moving toward making a similar change on our adult practice guideline.

Too many centers wait too long to make changes in their practice guidelines. They bide their time waiting for new, published research that they can lean on for their changes. Unfortunately, I think they will be waiting for a long time because many of our questions are not interesting enough for acceptance by the usual journals. Rely on the expertise and experience of your colleagues and then make those changes. Be sure to follow with your performance improvement program to make sure that they actually do work as well as you think!

There is a fascinating letter in the New England Journal of Medicine submitted by authors from the Boston Medical Center and Brigham and Women’s Hospital. Like all trauma professionals, they were concerned with droplet contamination produced during the intubation process. Most hospitals have modified their intubation procedures to try to protect personnel as much as possible.

The authors designed a Plexiglas box with two holes for the arms of the intubator that is placed over the patient’s head. This should serve to shield them, and other personnel in the room if the patient unexpectedly coughs during the process. They tested this concept using an intubation mannequin. First, they placed a balloon filled with fluorescent dye in its mouth and slowly inflated until it burst. Here was the result when viewed under ultraviolet light. Sputum everywhere! 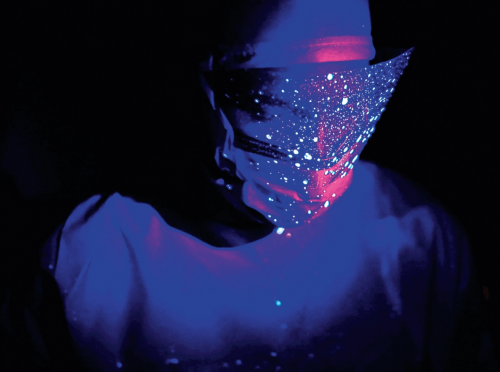 Next, they placed the intubation shield over the patient. Here is a drawing of its dimensions. 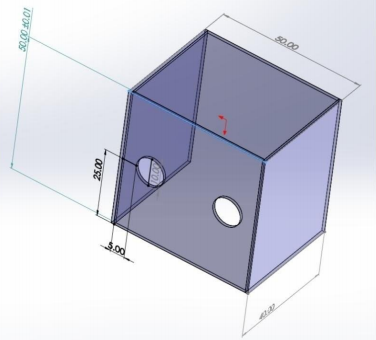 The device is open on the bottom and on the side away from the intubator. The arm holes are 10cm in diameter.

The authors then repeated the balloon experiment with the shield in place and the intubator’s arms inserted through the holes. The resulting contamination was limited to their hands and forearms, and the inside of the shield.

Bottom line: This is a very interesting yet simple and cheap device that can be built by just about anyone and should protect personnel from droplet contamination. It will not have much effect on aerosols escaping into the room, but that’s what our other PPE are for! It’s a great example of how creativity is key in keeping us all safer during this pandemic. 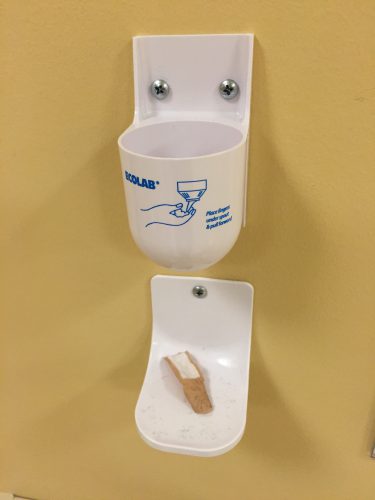