Trauma training during general surgery residency has changed dramatically over the past two decades. Although we like to blame the 80-hour work week rule on everything, there are other factors that may be at play. Increasing use of nonoperative management, availability and increasing scope of interventional radiologists, and the increasing number of surgical subspecialists are certainly significant.

The surgical group at LAC+USC looked at changes in operative caseloads, type of surgery performed, and the impact that concurrent subspecialty training has had on trauma operative volumes. The authors reviewed 16 years of ACGME data on resident surgical procedures in various body regions by year of training. They specifically looked at the impact of implementation of the 80-hour work week. 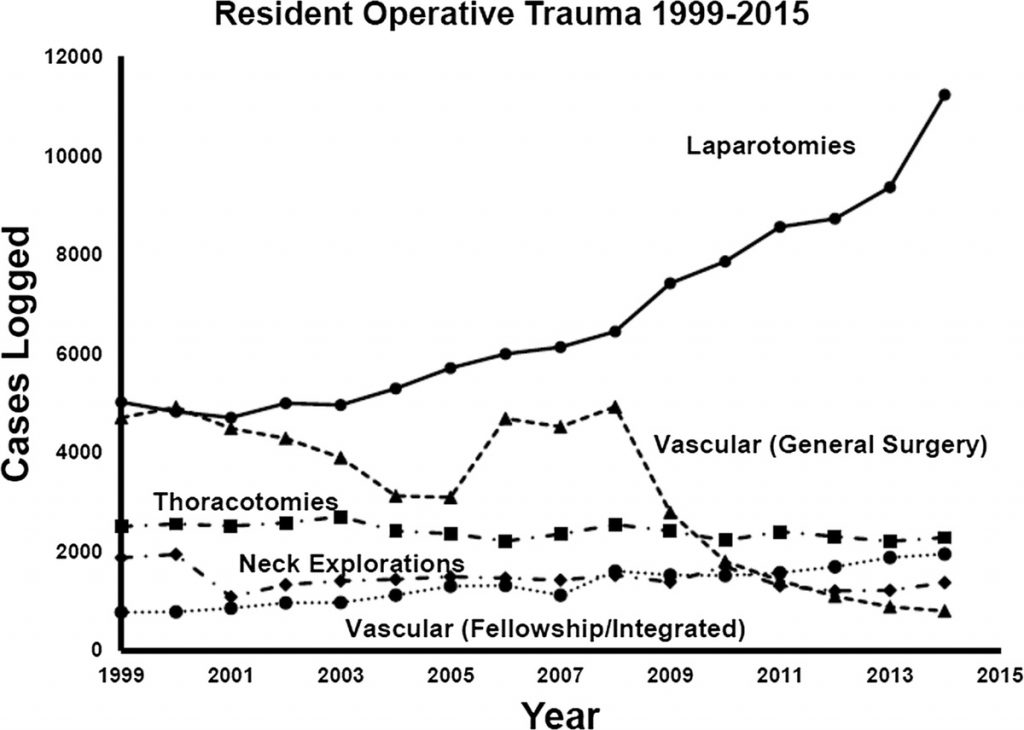 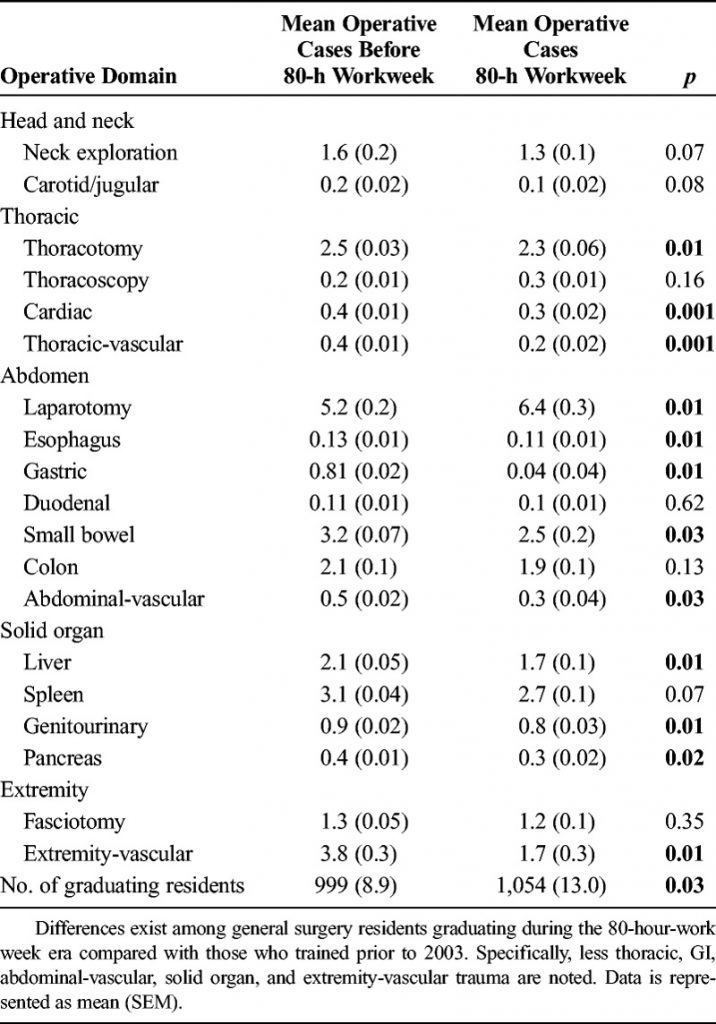 Bottom line: Well, it was a catchy title, at least. Or is it a promotion for trauma fellowships? The differences between pre-80 hour and post-80 hour in the table are not that impressive, and although a number of the operative case comparisons reach statistical significance, they represent a difference of only 1 case! Not clinically relevant! And other than the number of laparotomies going up, the other numbers looked fairly constant.

The exposure to operative cases overall appeared to remain constant for most procedures with the exception of laparotomies increasing and vascular cases decreasing. In my opinion, one of the most apparent changes is in resident comfort with critical decision making. I don’t believe that this is due to any change in operative experience, but rather to closer oversight by attending surgeons and less opportunity to independently come to those decisions.

Reference: Is your graduating general surgery resident qualified to take trauma call? A 15-year appraisal of the changes in general surgery education for trauma. J Trauma 82(3):470-480.