But in many ways, they recover more quickly and more completely after injury. What about after what is probably the biggest insult of all, cardiac arrest after blunt trauma? The NAEMSP and the ACS Committee on Trauma recently released a statement regarding blunt traumatic arrest (BTA):

Bottom line: Children are just like little adults when it comes to blunt cardiac arrest after trauma. Although it is a retrospective, registry-based study, this is about as big as we are likely to see. And don’t get suckered into saying "but 1.5% with no vital signs ever were discharged!” This study was not able to look at the quality of life of survivors, but there is usually significant and severe disability present in the few adult survivors after this event.

Tourniquets for extremity bleeding are definitely back in vogue. Our military experience over the past 20 years has shown us what a life saver this simple tool can be. It’s now carried by many prehospital trauma professionals for use in the civilian population. But what about bleeding from the nether regions? You know what I’m talking about, the so-called junctional zones. Those are the areas that are too proximal (or too dangerous) to put on a tourniquet, like the groin, perineum, axilla, and neck.

Traditionally, junctional zone injury could only be treated in the field with direct pressure, clamps, or in some cases a balloon (think 30Fr Foley catheter inserted and blown up as large as possible, see link below). In the old days, we could try blowing up the MAST trousers to try to get a little control, but those are getting hard to find.

An Alabama company (Compression Works) developed a very novel concept to try to help, the Abdominal Aortic and Junctional Tourniquet (AAJT). Think of it as a pelvic compression device that you purposely apply too high.

Note the cool warning sticker at the bottom of the device!

The developers performed a small trial on 16 volunteer soldiers after doing a preliminary test on themselves (!). The device was placed around the abdomen, above the pelvis, and inflated to a maximum of 250 torr. Here are the factoids:

Here’s a list of the criteria that preclude use of this device:

Bottom line: This would seem to be a very useful device for controlling hemorrhage from pesky areas below the waist.

BUT! Realistically, it will enjoy only limited use in the civilian population for now. Take a closer look at the exclusion criteria above. Half of the population is ineligible right off the bat (women). And among civilians, more than a third are obese in the US. Toss in a smattering of the other criteria, and the unlikelihood of penetrating trauma to that area in civilians, it won’t make financial sense for your average prehospital agency to carry it. Maybe in high violence urban areas, but not anywhere else.

Reference: The evaluation of an abdominal aortic tourniquet for the control of pelvic and lower abdominal hemorrhage. Military Med 178(11):1196-1201, 2013.

I have no financial interest in Compression Works.

Deep venous thrombosis (DVT) has become the bane of trauma professionals over the past 15+ years. We agonize about how to screen properly, the best ways to prevent, and why it has become such a problem. It’s fairly clear that clot in the veins of the thighs and higher have significant potential to cause major problems, specifically pulmonary embolism (PE).

But what about below the knee DVT? For a long time, we were not as concerned because it was not clear that it actually caused significant complications. I wrote about a study from OHSU last year that addressed this. Now, a recent study published from Scripps Hospital in San Diego confirms the answer to the question.

Bottom line: Below knee DVT is more significant than we thought, frequently progressing above the knee or throwing off pulmonary emboli. Duplex ultrasound needs to be performed from groin to ankle in at risk patients according to a protocol determined by your hospital. As for what to do when you find below the knee clot, the answer is not yet clear. If the patient has not been receiving chemical prophylaxis, they should at least be started. If they have been receiving prophyaxis, a change to therapeutic dosing is probably warranted.

Ever wonder what it’s like to be a patient involved in a major traumatic event? Here’s a video shot from their perspective. It starts from the moment of a motorcycle crash, and includes first responders, aeromedical response, trauma team activation, and more. We trauma professionals take for granted what goes on, but it’s eye-opening to view it from the patient point of view.

This video is 10 minutes long, not including the ending credits. It was shown at the Trauma Education: The Next Generation conference last week. Enjoy!

Our population is aging, and falls continue to be a leading cause of injury and morbidity in the elderly. Unfortunately, many elders have significant medical conditions that make them more likely to suffer unfortunate complications from their injuries and the procedures that repair them.

More and more hospitals around the world are applying a more multidisciplinary approach than the traditional model. One example is the Medical Orthopaedic Trauma Service (MOTS) at New York-Presbyterian Hospital/Weill Cornell Medical Center. Any elderly patient who has suffered a fracture is seen in the ED by both an emergency physician and a hospitalist from the MOTS team. Once in the hospital, the hospitalist and orthopaedic surgeon try to determine the reason for the fall, assess for risk factors such as osteoporosis, provide comprehensive medical management, provide pain control, and of course, fix the fracture. 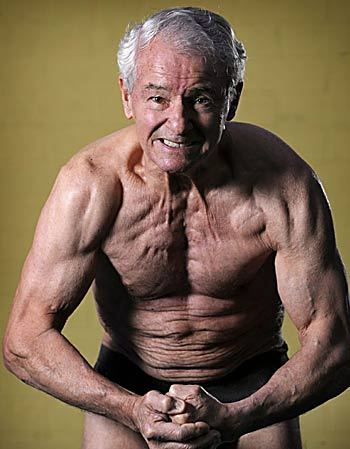 This medical center published a paper looking at their success with this model. They retrospectively reviewed 306 patients with femur fractures involving the greater trochanter. They looked at complications, length of stay, readmission rate and post-discharge mortality. No change in length of stay was noted, but there were significantly fewer complications, specifically catheter associated urinary tract infections and arrhythmias. The readmission rate was somewhat shorter in the MOTS group, but did not quite achieve significance with regression analysis.

Bottom line: This type of multidisciplinary approach to these fragile patients makes sense. Hospitalists, especially those with geriatric experience, can have a significant impact on the safety and outcomes of these patients. But even beyond this, all trauma professionals need to look for and correct the reasons for the fall, not just fix the bones and send our elders home. This responsibility starts in the field with prehospital providers, and continues with hospital through the entire inpatient stay.