There are generally about 30,000 deaths from car crashes each year. An analysis by the AAA shows that drowsiness is a factor in about 1/6 of them! In the early 1990’s, NHTSA looked at this problem and found only about 4% of fatal crashes were due to sleepiness.

What gives? Is everybody suddenly a lot sleepier these days? It’s actually due to the way it is reported. As you can imagine, it’s difficult to figure out if fatigue was the cause after the fact in a fatal crash. The driver certainly can’t tell you.

AAA looked at crash rates and applied information it obtained from a driver survey it administered. They found that 41% of drivers admitted to falling asleep behind the wheel at some point. And one in ten admitted to it happening in the past year. The AAA believes that their estimates are far more accurate than the lower NHTSA numbers.

Sometimes our patients tell us that they think they may have fallen asleep at the wheel. You should assume it in anyone who is driving home after a long shift, especially early in the morning.

Educate your patients about the warning signs of fatigue while driving. Everyone knows the obvious ones: droopy eyes, frequent daydreams, drifting in and out of lanes. But here are some of the not so obvious:

Once fatigue becomes a factor, the driver is not only a danger to themselves, but to everyone else on the road as well. The solution: pull off as soon as practical and call for assistance. Caffeinated drinks are overrated and take too long to work! 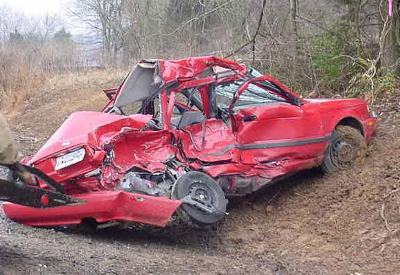