Yesterday I talked about the most common chest xray finding in patients with a thoracic aortic injury, the wide mediastinum. There are several lesser known (and less common) findings that may also occur. These can be divided into three broad categories: associated fractures, displacements, and other weird findings.

The associated fractures indicate that a lot of energy has passed into the chest and generally involve bones that are difficult to break. They consist of:

The displacements are shifts in other mediastinal structures causes by a hematoma near the aortic arch. They generally involve the bronchial tree and esophagus.

Weird stuff are just miscellaneous things that people have found to be associated with this injury:

Tomorrow, I’ll talk about what kind of mechanism is needed to tear the aorta, and finish up with some guidelines on when to image people for this injury. 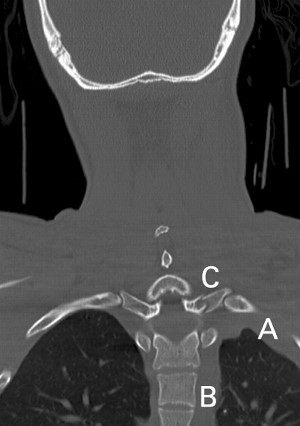 A. The apical cap. Note how it bows inward

B. Blood along the spine dissecting up from the arch.