Yesterday, I described a technique for providing a secure yet short-term airway tailored to patients who can’t have a tube in their mouth or nose. Patients undergoing multiple facial fracture repair are probably the best candidates for this procedure.

A picture may be worth a thousand words, but a video is even better. Please note that it is explicit and shows the blow by blow surgical procedure. Of note, it is a quick and relatively simple advanced airway technique.

Consultants provide very important services to trauma patients in the ED and inpatient settings. The trauma professionals managing those patients can’t know everything (although we sometimes think we do). But occasionally our patients present issues that require evaluation by other experts in order to guarantee excellent care.

Sometimes our consultants want to do too much, or make recommendations that are not really in their area of expertise (e.g. a cardiologist evaluating a cardiac contusion). See the related post link below for tips on this situation.

But sometimes you know what the patient needs, but the consultant doesn’t agree or doesn’t do what you expect. Or they don’t want to come in when called. What to do?

Here are some tips:

The patient is in the ED and the consultant won’t come in to see the patient.

The patient is in the ED and the consultant won’t come in to see the patient, and you are sure that they should! Now what?

If they still won’t come in despite what you think is a legitimate need, then you must calculate a quick risk:benefit ratio. Will any patient harm occur if the consultant does not see the patient? And what is the professional damage that you will incur if you move on to the next steps. If you believe that harm will occur, here are your options, from least to most damaging to your professional status at the hospital:

Bottom line: This is not a fun situation to find yourself in. Good luck! 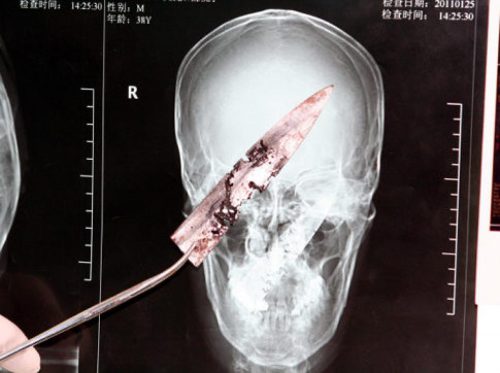 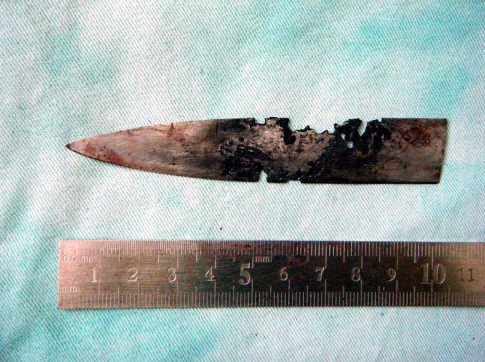 Several decades ago I took care of a patient who posed an interesting challenge. He had been involved in an industrial explosion and had sustained severe trauma to his face. Although he was able to speak and breathe, he had a moderate amount of bleeding and was having some trouble keeping his airway clear.

Everyone frets about getting an airway in patients who have severe facial trauma. However, I find it’s usually easier because the bones and soft tissue move out of your way. Or are already gone. As long as you can keep ahead of the bleeding to see your landmarks, things will go fine.

In this case, the intubation was easy. The epiglottis was visible while standing above the patient’s head, so a laryngoscope was practically unnecessary! But now, how do we secure the tube so it won’t fall out? Sure, there are tube-tamer type securing devices available, but what if they are not available to you? Or this happened in the field? Or their face was missing or falling off? Or it was in the 1980’s and it hadn’t been invented, like this case?

The answer is, create your own “skin” to secure the tube. Take a Kerlix-type stretchable gauze roll and wrap it tightly around their face, and their head if needed. Remember, they are sedated already and they can breathe through the tube. This also serves to further slow any bleeding from soft tissue. Once you have “mummified” the head with the gauze roll, tape the tube in place like you normally would, using the surface of the gauze as the “skin.”

Be generous with the tape, because the tube is your patient’s life-line. Now it’s time for the surgeons to surgically stabilize this airway, usually by converting to a tracheostomy.

It’s always nice to find an article that supports your biases. I’ve been doing percutaneous tracheostomy since the 1990’s, and have used a variety of kits and equipment over the years. Some of these turned out to be rather barbaric, but the technique is now quite refined.

A routine part of the procedure involved passing a bronchoscope during the procedure to ensure that the initial needle was placed at the proper level and in the tracheal midline. It was also rather frightening to watch the trachea collapse when the dilators were inserted.

I abandoned using the bronchoscope in this procedure about 15 years ago. It was an annoyance to get the bronchoscope cart and a respiratory therapist to help run it. And to find someone available to pass the scope while I did the trach. So I added a little extra dissection to the technique, directly visualizing the trachea at the desired location. From then on, I had no need to see the puncture from the inside because I could see it quite well from the outside!

An article in the Journal of Trauma demonstrated that this technique works just as well without the scope. The authors looked at their own series of 243 procedures; 32% were done with the bronchoscope, 68% without. There were 16 complications overall, and the distribution between the bronch and no-bronch groups was equal.

Bottom line: In general, the bronchoscope is not needed in most percutaneous tracheostomy procedures. It adds complexity and expense. However, there are select cases where it can be helpful. Consider using it in patients in a Halo cervical immobilizer, the obese, or in patients with known difficult airway anatomy. And always do the more difficult ones in the OR, not the ICU.