Here’s another one to test your powers of deduction. The question is not “what’s the diagnosis on this x-ray,” but rather, “what was exact mechanism of injury?” 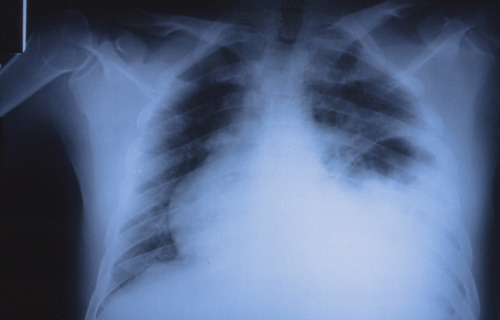 Hints tomorrow if no one guesses today. Please respond via comments below or Twitter!

There is some variability in how neurosurgeons manage ventriculostomy when it comes to antibiotic coverage. The catheter can become a conduit for bacterial infections of the meninges or brain, which can be life threatening. Most neurosurgeons will begin coverage at the time of catheter insertion, but the duration of treatment varies. What is the right answer, if any? 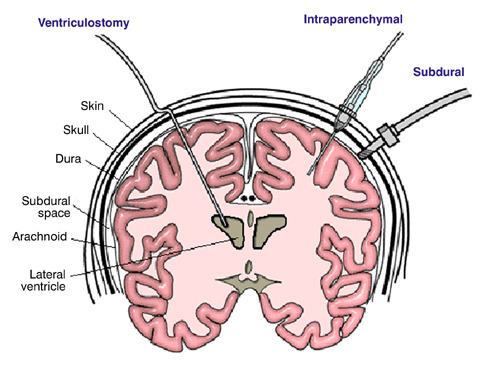 As is typical with most things related to head trauma, there are not a lot of good studies out there. Columbia University published a fairly comprehensive review of previous studies last year to help clarify this issue. They applied rigorous criteria to identify 10 relevant studies (3 randomized clinical trials and 7 observational studies) out of a pool of 347. Yes folks, this gives you an idea of how tough it is to answer good clinical questions from the stuff that gets published.

The study found that the use of either prophylactic antibiotics or antibiotic-coated external ventricular drains (EVD) decreased the number of infections by 68%. This result was consistent across both study designs. The authors could not show that one mode of antibiotic administration (systemic vs catheter coating) was better than the other. About half of the studies used antibiotics for the duration of the catheter; the other half did not specify.

Bottom line: Head injury patients with an EVD should receive antibiotics, either systemically or as a coating on the EVD catheter itself. Although not entirely clear, they should probably be given for the entire time the catheter is in place. Judgment must be used if this will be a long time, because there may be other adverse effects from giving long term antibiotics.

Looks like I failed to give the link to the August TraumaMedEd newsletter. But thanks for all the new subscriptions. I’ve corrected the original post, and here’s the link again!

I’ve previously written about air travel after pneumothorax. The issue is that air expands as you ascend to aircraft level heights. That means that air bubbles in your chest can double or almost triple in size on the average airliner at altitude. For the official recommendations for when it is safe to travel after a pneumothorax, see the link to my previous post below.

And I covered pneumocephalus previously as well. This is a very infrequent condition, and there is very little literature about it. After doing a thorough search, I found two additional papers on it. The first was a computer simulation from Sweden. As expected, it found that air bubbles expand 30% when cabin altitude reaches 8000 ft. They were also able to model changes in intracranial pressure (ICP), and found that it increased as well. The amount was related to the size of the original air bubbles and the rate of the ascent (faster ascent = higher ICP). The worst case ICP increase with a 30cc bubble was 11 torr.

The other paper was from the UK and described a survey of neurosurgeons regarding their advice to patients on air travel after craniotomy. The fear is that there may be residual bubbles around the brain from the surgery. The results of this type of survey are usually all over the place, and more so when you ask neurosurgeons. To their credit, 92% advised their patients not to fly for a period of time. Unfortunately, the timeframes ranged from <2 to >8 weeks!

How about some practical info? I previously wrote about an actual clinical study by the US military who transported soldiers with pneumocephalus by air. Their series of 21 patients showed no neurological deterioration during flight, and 3 who had ICP monitors had no significant changes in pressure.

Bottom line: Computer models (and common sense) tell us that it’s a bad idea to fly commercially with air around your brain. It may work for the military because they have to fly, and the soldier is in a flying ICU. But in civilian aircraft, there is little to be done if medical problems occur short of an emergency landing and transport to a hospital. What’s the magic number of weeks to wait to fly? That is not known, but 2 weeks has worked well for pneumothorax so it seems like a reasonable place to start. But it should be easy for someone to do a retrospective review of serial head CTs from craniotomy patients to see how long it takes for the bubbles to actually reabsorb. And don’t worry about helicopter flights; altitudes are too low to make a difference!