I’ll spend the next few days discussing plasma. This is an important component of any trauma center’s massive transfusion protocol (MTP). Coagulopathy is the enemy of any seriously injured patient, and this product is used to attempt to fix that problem.

And now there are two flavors available: liquid plasma and fresh frozen plasma. But there is often confusion when discussing these products, especially when there are really three flavors! Let’s review what they are exactly, how they are similar, and how they differ.

Fresh frozen plasma (FFP)
This is plasma that is separated from donated whole blood. It is generally frozen within 8 hours, and is called FFP. However, in some cases it may not be frozen for a few more hours (not to exceed 24 hours total) and in that case, is called FP24 or FP. It is functionally identical to FFP. But note that the first “F” is missing. Since it has gone beyond the 8 hour mark, it is no longer considered “fresh.” To be useful in your MTP, it must be thawed, and this takes 20-40 minutes, depending on technique.

Thawed plasma
Take a frozen unit of FFP or FP, thaw, and keep it in the refrigerator. Readily available, right? However, the clock begins ticking until this unit expires after 5 days. Many hospital blood banks keep this product available for the massive transfusion protocol, especially if other hospital services are busy enough to use it if it is getting close to expiration. Waste is bad, and expensive!

Liquid plasma (never frozen)
This is prepared by taking the plasma that was separated from the donated blood and putting it in the refrigerator, not the freezer. It’s shelf life is that of the unit of whole blood it was taken from (21 days), plus another 5, for a total of 26 days. This product used to be a rarity, but is becoming more common because of its longer shelf life compared to thawed plasma.

Finally, a word on plasma compatibility. ABO compatibility is still a concern, but Rh is not. There are no red cells in the plasma to carry any of the antigens. However, plasma is loaded with A and/or B antibodies based on the donor’s blood type. So the compatibility chart is reversed compared to what you are accustomed to when giving red cells.

Remember, you are delivering antibodies with plasma and not antigens. So a Type A donor will have only Type B antibodies floating around in their plasma. This makes it incompatible with people with blood types B or AB. 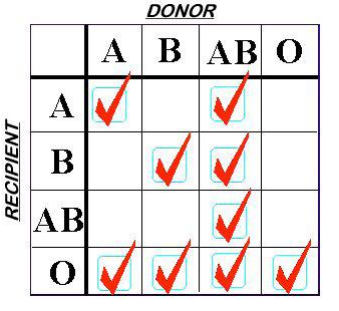 Next time, I’ll discuss the virtues of the various types of plasma when used for massive transfusion in trauma.

Decades ago, our blood bank system began disassembling units of donated blood, ushering in the era of component therapy. Now, it seems, we are seeing the light and starting to re-look at the concept of using fresh whole blood. To see the difference between fresh whole blood and “rebuilt” whole blood from components, read this post.

The military has a keen interest in studying the practice of using whole blood, since combat locations have a considerable number of “walking blood banks” (i.e. soldiers) . An abstract being presented tomorrow at EAST was submitted by the US Army Institute of Surgical Research. They performed a straightforward study looking at mortality in combat casualties, comparing troops who received fresh whole blood (FWB) to those who received component therapy (kind of). They used regression analysis to try to identify and control for other variables, and also analyzed a subgroup who required massive transfusion.

Bottom line: I see this an an interesting but preliminary study, with many unanswered questions. It’s not really a comparison of patients receiving fresh whole blood vs component therapy, because not all of the latter patients received platelets. It also did not take into account the specific anatomic injury areas, particularly critical ones such as brain injury. But this study should certainly stimulate some better designed projects for followup.

Ever since the start of the modern transfusion age (which was really only about 75 years ago), we’ve been trying to extend the life of banked blood products. Currently, we get about 6 weeks of useful life from packed red blood cells, and varying amounts from other frozen or non-frozen products.

What happens at day 42 for red cells? Or day 5 for platelets or thawed plasma? It’s not like a switch gets flipped and it suddenly goes bad. Each of these products slowly degrades over time, and the myriad components that make them up (proteins, clotting factors, etc) do so at varying rates. It has been recognized for years that some of these products “don’t work so well” when they age, and this has been termed the “storage lesion” of blood.

The next EAST paper I’ll review looks for associations between use of older blood products which probably have a storage lesion, and mortality in trauma patients. It re-analyzed the prospectively collected data on the 680 patients enrolled in the PROPPR trial, which was originally designed to examine the mortality difference between patients with specific FFP:platelet:PRBC ratios given during massive transfusion. In this re-analysis, the authors looked at the mortality after 6 hrs, 24 hrs, and 30 days in patients undergoing massive transfusion, and examined the impact of using “older” blood products. “Old” was defined using the median age of the product; RBCs were old after 20/42 days, plasma after 2/5 days, and platelets after 4/5 days.

Bottom line: First, this is an association study, not a causation one. Don’t read anything more into it than you see. And what do you think when you see random mortality numbers like this? For me, either mortality is too crude of a variable to use, or the association is just too weak. If you look at the data table for the study, the confidence intervals of the computed “hazard ratios” barely clear the 1.0 line. To me, this looks like an interesting mathematical exercise, but I can’t tease any clinical significance out of it at all. And I don’t think that re-analyzing this dataset will provide any further clarity. 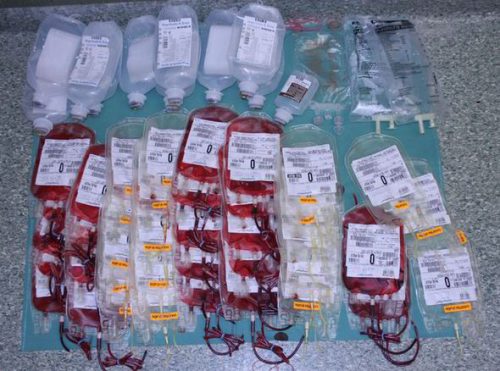 For many years, patients were automatically given not one, but two units of blood anytime they got “anemic” while in the hospital. And anemia was defined as a hemoglobin (Hgb) value < 10. Wow! Then we recognized that blood was a dangerous drug, with many potential complications.

We’ve come a long way, with our transfusion trigger slowly dropping and giving just one unit of blood at a time when needed. Many trauma centers use a transfusion trigger Hgb of 7 in younger, healthier patients. The question is, how low can you (safely) go? 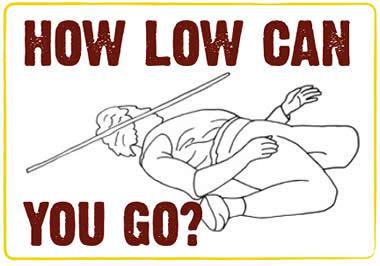 The trauma program at Wake Forest University analyzed their data, and found that there was no “physiologic advantage” to transfusions in patients with Hgb of 6.5 to 7. Therefore, they lowered their transfusion trigger from 7 to 6.5 and retrospectively studied the results for the six months before and six months after the switch. Patients with hemorrhage, anticipated surgical procedures, or unreconstructed coronary artery disease were excluded.

Bottom line: We continue to determine how low we can go with this. In healthy patients, the magic number is probably even lower. But we are increasingly seeing older, less healthy trauma patients. The next step is to start looking at subsets to determine what is safe for each group.

Questions and comments for the authors/presenter