I know this has happened to most of you at one point or another:

One of your trauma patients sustains an injury outside of your area of expertise. You engage a consultant to evaluate that condition and manage it. They do so, and it requires some type of invasive procedure. They return from the procedure, and as you are rounding on the patient, you find the consultant has ordered a medication that you have not seen ordered for that procedure before.

What would you do? You are now in an interesting place. Do you discontinue the order? Call up the consultant and ask, what the heck? Might you poison your relationship with them in the process? And what is the impact on your patient?

Lots of questions, but here is what I recommend:

Tomorrow, a set of guidelines to give all of your consultants to make sure they behave appropriately and interface will with the trauma service.

What are common sources of malpractice complaints against nurses? The most common event is medication error. Most people worry about common errors like wrong dose, wrong drug, and wrong route of administration. But one less commonly considered drug-related responsibility is assessment for side effects and toxicity of medications administered.

Other common reasons include failure to adequately monitor and assess the patient, and failure to supervise a patient that results in harm. Significant changes in patient condition must be reported to the responsible physician. However, doing so does not necessarily get the nurse off the hook. If the physician’s response leads the nurse to believe that they have misdiagnosed the problem or are prescribing an incorrect drug or course of action, the nurse is obligated to follow the chain of command to notify a nursing supervisor or other physician of the event.

And finally, one of the most common issues complicating malpractice cases of any kind is documentation. Lawsuits must typically be filed within two years of the event that caused harm. Once that occurs though, several more years may pass before significant action occurs. Collection and review of documentation, identification of experts, and collection of depositions takes time. And unfortunately, our memories are imperfect after many years go by. Good documentation is paramount! “Work not documented is work not done,” I always say. And poor documentation allows attorneys to make your good work look as bad as they want and need it to. 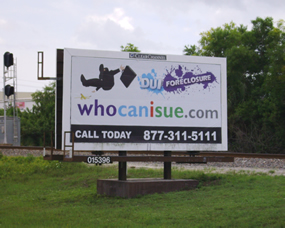 Back in the old, old days, there was really no such thing as nursing malpractice. Nurses had little true responsibility, and liability largely fell to the treating physicians. But as nursing responsibilities have grown, they have become an integral part of the assessment, planning, and management of their patients.

As all trauma professionals know, our work is very complex. And unfortunately, our understanding of how the human body works and responds to injury is still incomplete. So unfortunately, undesirable things happen from time to time.

But does every little adverse event or complication mean that someone is at fault? Or that they can/should be sued? Fortunately, the answer is no.

The law is complex, at least to professionals outside the legal field. Following are the basics of malpractice as it relates to nurses.

There are four elements that must be present for a malpractice case to be brought forward: