We’ve all done it at some point. Serial hemoglobin. Serial sodium. Serial serum porcelain levels. What does serial mean to you? And what does it tell us about or patient?

Today and tomorrow, I’d like to present an example from real life. For today, have a look at the daily sodium tests done for a patient with a head injury. The concern was for cerebral salt wasting, which is probably grounds for its own blog post.

So have a look at this series of sodium determinations. It represents serial values based on daily testing.

At what point, if any, would you be concerned with significant hyponatremia, and begin some type of supplementation?

During the past two posts, I’ve reviewed the various pelvic binders available and how much they cost. But what can you do if you find yourself in a situation where you need a binder but don’t have one? 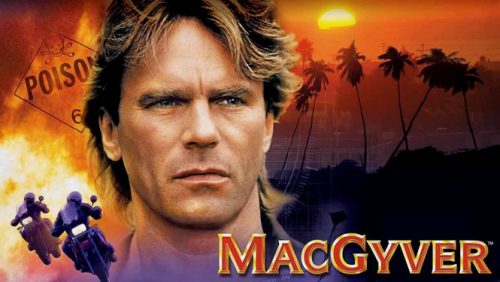 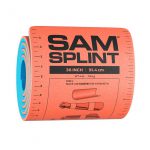 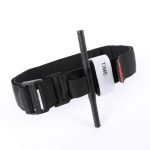 Yes, that’s right. A simple and cheap SAM splint, a tourniquet, and some kind of blade to cut the SAM splint with. Essentially, the SAM splint is the binder and the tourniquet is used to cinch it down in the correct position.

Here’s a video that demonstrates how to do it. Enjoy!

Yesterday, I detailed some pelvic binders commonly available in the US. Today, I’ll go through the (little) science there is regarding which are better than others.

And remember, tomorrow I’ll show you how to make a free pelvic binder out of stuff that all medics have in their rig.

There are a number of factors to consider when choosing one of these products. They are:

It’s difficult to determine how well binders work in the live, clinical setting. But biomechanical studies can serve as a surrogate to try to answer this question. One such cadaver study was carried out in the Netherlands a few years ago. They created one of three different fracture types in pelvis specimens. Special locator wires were placed initially so they could measure bone movement before and after binder placement. All three of the previously discussed commercial binders were used.

So what about harm? A healthy volunteer study was used to test each binder for tissue pressure levels. The 80 volunteers were outfitted with a pressure sensing mat around their pelvis, and readings were taken with each binder in place.

Here are the additional factoids:

Bottom line: The binder that performed the best (equivalent biomechanical testing, better tissue pressure profile) was the SAM sling. It also happens to be the least expensive, although it takes a little more elbow grease to apply. In my mind, that’s a winning combo. Plus, it’s narrow, which allows easy access to the abdomen and groins for procedures. But remember, whichever one you choose, get them off as soon as possible to avoid skin complications.

Several products for compressing the fractured pelvis are available. They range from free and simple (a sheet), to a bit more complicated and expensive. How to decide which product to use? Today, I’ll discuss the four commonly used products. Tomorrow, I’ll look at the science. And on Wednesday, I’ll show you a creative way to make your own free pelvic binder.

First, let’s dispense with the sheet. Yes, it’s very cheap. But it’s not easy to use correctly, and more difficult to secure. Click here to see my post on its use.

There are three commercial products that are commonly used. First is the Pelvic Binder from the company of the same name (www.pelvicbinder.com). It consists of a relatively wide belt with a tensioning mechanism that attaches to the belt using velcro. One size fits all, so you may have to cut down the belt for smaller patients. Proper tension is gauged by being able to insert two fingers under the binder.

Next is the SAM Pelvic Sling from SAM Medical Products (http://www.sammedical.com). This device is a bit fancier, is slimmer, and the inside is more padded. It uses a belt mechanism to tighten and secure the sling. This mechanism automatically limits the amount of force applied to avoid problems with excessive compression. It comes in three sizes, and the standard size fits 98% of the population, they say.

Finally, there is the T-POD from Pyng Medical (http://www.pyng.com/products/t-podresponder). This one looks similar to the Pelvic Binder in terms of width and tensioning. It is also a cut to fit, one size fits all device. It has a pull tab that uses a pulley system to apply tension. Again, two fingers must be inserted to gauge proper tension.

So those are the choices. Tomorrow, I’ll go over some of the data and pricing so you can make intelligent choices about selecting the right device for you.

It happens all the time. You get that initial chest and/or pelvic xray in the resuscitation room while evaluating a blunt trauma patient. A few minutes later the tech returns with another armful of xray plates to repeat them. Why? The patient was not centered properly and part of the image is clipped.

Where is the left side of the chest, and do we care?

Do you really need to go through the process of setting up again, moving the xray unit in, watching people run out of the room (if they are not wearing lead, and see my post below about how much radiation they are really exposed to), and shooting another image? The answer to the question lies in what you are looking for. Let’s address the two most common (and really the only necessary) images needed during early resuscitation of blunt trauma.

First, the chest xray. You are really looking for 3 things:

Look at the clipped xray above. A portion of the left chest wall is off the image. If there were a large pneumothorax on the left, would you be able to see it? What about a large hemothorax? And the mediastinum is fully included, so no problem there. So in this case, no need to repeat immediately.

The same thing goes for the pelvis. You are looking for gross disruption of the pelvic ring, especially posteriorly because this will cause you to intervene in the ED (order blood, consider wrapping the pelvis). So if parts of the edges or top and bottom are clipped, no big deal.

Bottom line: Don’t let the xray tech disrupt the team again by reflexively repeating images that are not technically perfect. See if you can use what you already have.  And how do you decide if you need to repeat it later, if at all? Consider the mechanism of injury and the physical exam. Then ask yourself if there is anything you could possibly see that was not imaged the first time that would change your management in any way. If not, you don’t need it. But it certainly will irritate the radiologists!