During a single week in April, there were 18 driving deaths in Minnesota, most of them involving teens. In at least one crash, the driver was in violation of several of the state’s graduated driver license provisions. Graduated licensing is increasingly popular across the country, and incidents like this are prompting our legislators to tighten them.

One big problem is that each state sets its own licensing standards. And since most states insist on reinventing their own wheel, a patchwork of state standards has been enacted. Some have higher age minimums for obtaining a license. Others limit night driving or number of underage passengers. Most states have addressed phoning and texting while driving.

There is now a push in the US Senate to standardize graduated licensing rules in all states so there is a more even playing field.  The proposed legislation would:

The proposed law makes sense. Accident research has shown that states that adopt a more restrictive licensing policy see a significant reduction in crashes, and a reduction in injury crashes of nearly 40%. Fatal crashes in young drivers was reduced by a whopping 75% in these states!

The major problem with the proposed legislation is that the penalties for states not complying are rather heavy-handed. Such states would face losing some of their federal highway construction funding. Many states would face this issue soon if the law was enacted as it is now written.

Concerned parents should communicate with their legislators and support these efforts to protect their children. More immediately, though, parents need to be involved in the driving decisions of their children. Don’t allow them to drive after dark. Limit the number of passengers they can carry. Require them to use their seatbelts. And make sure they understand the consequences if they choose to break these rules: immediate and non-negotiable loss of driving privileges for a set period of time. 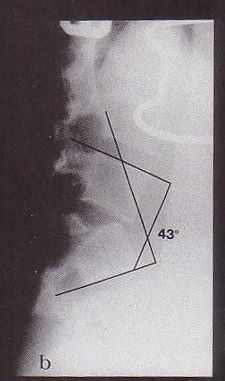 This video demonstrates tips, indications and technique for performing needle decompression of the chest for tension pneumothorax.

We’re all aware of the patients that are seen in the ED so frequently that the ER staff know their names, medical histories, and sometimes family members very well. They are the so-called “frequent flyers.” These patients have been characterized as uninsured and on occasion, undesirable.

A recent study analyzed 25 studies done in the last decade detailing the characteristics of these patients. As usual, reality is different that perception.

The study examined data from a variety of sources. The bulk of these studies examined patients being treated at university of public hospitals. Some highlights:

Hopefully, this study will stimulate more scrutiny of this patient group. The research may give some insight into some of the unintended consequences of healthcare reform.

Nurses have a complementary role with physicians in caring for children with orthopedic injuries. Typically, the child will have been evaluated and had some sort of fracture management implemented. In children, nursing management is easer than in adults since a child is less likely to need an invasive surgical procedure. Many fractures can be dealt with using casts and splints alone.

Here are a few tips for providing the best care for you pediatric patients: