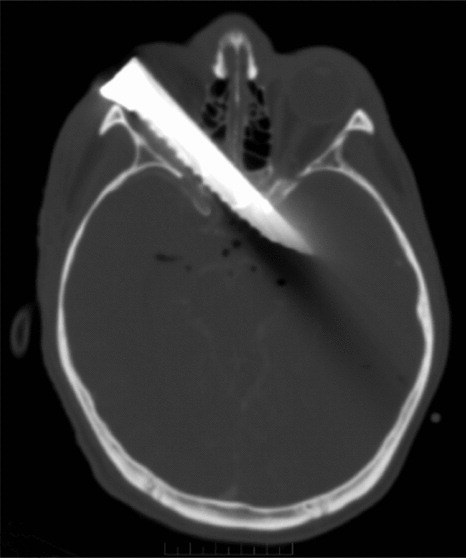 Here’s an interesting case that was published recently (not taken care of at my hospital). EMS was called by a family who had returned home to find their son covered with blood. He had a history of mental illness and the prehospital providers found the young man awake but obtunded (GCS 11: eyes 4, verbal 1, motor 6). He was spontaneously breathing with an intact airway. Vital signs were BP 130/80, P110, R22, Sat 99% on O2.

On exam, his right hand was completely amputated. He was covered with blood, and he had bilateral periorbital hematomas and a 2cm laceration under his right eye. Evaluation of the scene could not determine if this was an assault or self-inflicted. There was a history of mental illness.

Bleeding was easily controlled with direct pressure. An IV was inserted and fluids were given. The amputated hand was dressed with moist gauze and placed in a plastic bag, which in turn was placed in a bag of ice. He was then taken to a hospital for further evaluation. He was rapidly taken to the OR for debridement and reimplantation of the hand.

Here are my questions:

Comments please, or tweets. Hints over the weekend and answers on Monday!