Starting tomorrow, and continuing through the annual meeting of the Eastern Association for the Surgery of Trauma, I will be analyzing one of the upcoming presentations each day. That’s 13 papers, and I’ll be picking some of the notable ones.

Remember, abstracts are teasers to get you to read/listen to the full paper. I’ll be reviewing them in detail, putting them into context, and this year I’ll be providing a list of questions that the presenters should be prepared to field from the audience. And I’ll be in that audience, so I will probably ask a few of them!

Enjoy the commentary, and I’ll see many of you at EAST in sunny Hollywood, Florida! 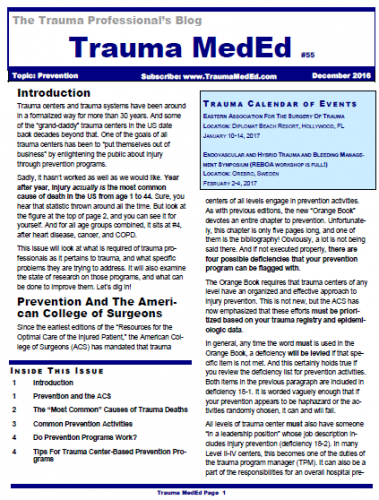