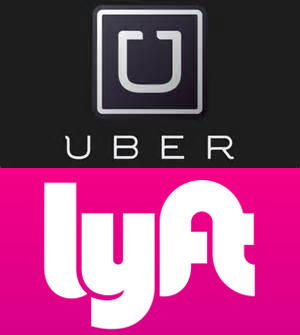 Traumatic brain injury (TBI) is an extremely common diagnosis in trauma patients. The majority are minor concussions that show no evidence of injury on head CT. Despite normal findings, however, a short conversation with the patient frequently demonstrates that they really do have a TBI.

Scoring systems can help quantify how significant the head injury is. The Glasgow Coma Scale (GCS) score is frequently used. This scoring system is not sensitive enough for minor head injuries, since a patient may be perseverating even with a GCS of 15.

The Short Blessed Test (SBT) is a 25 year old scoring system for minor TBI that has been well-validated. It takes only a few minutes to administer, and is very easy to score.

The most important part of the administration process is choosing a threshold for further evaluation and testing. We administer this test to all trauma patients with a suspected TBI (defined as known or suspected loss of consciousness, or amnesia for the traumatic event). If the final score is >7, we refer the patient for more extensive evaluation by physical and occupational therapy. If the score is 7 or less but not zero, consideration should be given to offering routine followup in a minor neurotrauma clinic as an outpatient. In all cases, patients should be advised to avoid situations that would lead to a repeat concussion in the next month.

After more than 10 years of experience, moving to an electronic trauma flow sheet is still not ready for prime time. I’ve seen many, many hospitals struggling to make it work. And all but a very few have failed.

There are two major problems. First, existing computer input technology is underdeveloped. Trying to rapidly put information into small windows on a computer, and having to switch between mouse and keyboard and back is just too slow. And second, output reports are terrible. Humans cannot scan 26 pages of chronological data and reconstruct a trauma activation in their head. There is so much extra data in the typical computer-generated reports, the signal (potential PI issues) gets lost in the noise.

The technology exists to remedy both of the problems. However, the EHR vendors keep tight control over data exchange in and out of their products. Sure, there is CareAnywhere and it’s ilk, but the user is still forced to use the vendor’s flawed input and output systems.

Bottom line: You can’t make a complex system (trauma care) easier or safer by adding complexity (the EHR). Yet.

The electronic trauma flow sheet will never work as well as it could until all the vendors settle on a strong data interchange standard to put data into and get reports out of the EHR. Once that happens, scores of startup companies will start to design easy input systems and report outputs or displays that are actually meaningful. There’s not enough interest in this niche market to make it worthwhile for a company the size of Epic or McKesson, but there is definitely enough for a lot of young companies just chomping at the bit in Silicon Valley.

I started voicing my concerns about trying to use an electronic trauma flow sheet (eTFS) way back in 2008. There are very few reports in the literature that specifically detail using the EHR as a trauma flow sheet. The first (see reference 1 below) described an early experience with the conversion process. It outlines lessons learned during one center’s experience, and I’ve not seen any published followup from that center.

Now, on to a report of a “positive” experience. A Level I pediatric trauma center made the same change to the eTFS. They designed a custom menu-driven electronic documentation system, once again using Epic. Specific nurses were trained to act as the

electronic scribe, and had to be present at every trauma resuscitation. The goal of the study was to compare completion rates between paper and electronic documentation. One year of experience with each was collected.

Yes. That’s it. They looked at 11 data points. It says nothing about the wealth of other information that has to be recorded and needs to be abstracted or analyzed. And nothing about the reports generated and their utility. Or how much additional time must be spent by the trauma PI program to figure out what really happened. Or how good their paper documentation was in the first place (not so good, apparently). Or the bias of knowing that your documentation under Epic is being scrutinized for the study.

And to get to that level, this hospital had to maintain a complement of highly trained nurses who were facile with their customized Epic trauma narrator. And they had to maintain their skills despite seeing only one highest level trauma activation patient per week, or one activation at any level only every other day.

I’ve had a few discussions with the trauma program manager from this hospital, and I am convinced that they have managed to make it work well at their center. However, I’m not certain that their system can be generalized to hospitals with higher volumes and and degree of staffing restraints.

In my final post of this series, I’ll tell you what I really think about using the electronic trauma flow sheet in your trauma resuscitations, and why.