The serial hemoglobin (Hgb) determination. We’ve all done them. Not only trauma professionals, but other in-hospital clinical services as well. But my considered opinion is that they are not of much use. They inflict pain. They wake patients up at inconvenient hours. And they are difficult to interpret. So why do them?

First, what’s the purpose? Are you looking for trends, or for absolute values? In trauma, the most common reason to order is “to monitor for bleeding from that spleen laceration” or some other organ or fracture complex. But is there some absolute number that should trigger an alarm? If so, what is it? The short answer is, there is no such number. Patients start out at a wide range of baseline values, so it’s impossible to know how much blood they’ve lost using an absolute value. And we don’t use a hemoglobin or hematocrit as a failure criterion for solid organ injury anymore, anyway.

What about trends, then? First, you have to understand the usual equilibration curve of Hgb/Hct after acute blood loss. It’s a hyperbolic curve that reaches equilibrium after about 3 days. So even if your patient bled significantly and stopped immediately, their Hgb will drop for the next 72 hours anyway. If you really want to confuse yourself, give a few liters of crystalloid on top of it all. The equilibration curve will become completely uninterpretable! 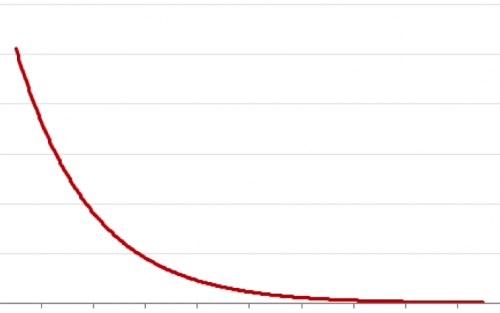 And how often should these labs be drawn? Every 6 hours (common)? Every 4 hours (still common)? Every 2 hours (extreme)? Draw them frequently enough, and you can guarantee eventual anemia.

Bottom line: Serial hemoglobin/hematocrit determinations are nearly worthless. They cost a lot of money, they disrupt needed rest, and no one really knows what they mean. For that reason, my center does not even make them a part of our solid organ injury protocol. If bleeding is ongoing and significant, we will finding it by looking at vital signs and good old physical exam first. But if you must, be sure to explicitly state what you will do differently at a certain value or trend line. If you can’t do this and stick to it, then you shouldn’t be ordering these tests in the first place!

In my next post, I’ll discuss a newly published paper that objectively shows the (lack of) utility of this testing method.

Extraperitoneal rectal injury repair has evolved considerably over the past 40 years. Way back when, this injury automatically triggered exploration, diverting colostomy with washout of the distal colon, and presacral drain insertion (remember those?).

We eventually backed off on the presacral drains (pun intended), which didn’t make a lot of sense anyway. And we gave up on dissecting down deep into the pelvis to approach the injury. This only served to contaminate an otherwise pristine peritoneal cavity. Ditto for the distal rectal washout. So we have been performing a diverting colostomy as the primary method of treatment for years.

A Brief Report in the British Medical Journal Open shows us what may very well be the next stage in treating these injuries. Whereas they were previously left to heal on their own followed by colostomy closure after a few months, these authors from Sunnybrook Health Sciences Centre in Toronto are promoting a minimally invasive approach to definitive management.

They detail two cases, one an impalement by a steel rod through the rectum and bladder, and one stab to the buttock. The authors dealt with the non-rectal injuries using conventional techniques. The rectal injuries were repaired using trans-anal minimally invasive surgery (TAMIS). Both were discharged without complications.

Here is a link to the video of the technique used in the stab victim:

Bottom line: It’s about time! As long as there is not a destructive injury to the extraperitoneal rectum, this seems like a great technique to try. It may very well eliminate the need for a diverting colostomy.

But remember, this is only a case report. We don’t know about antibiotic duration, followup imaging, longer term complications, or anything really. A larger series of cases is warranted to provide these answers. This will take some time due to the low frequency of this injury. So if you try it, build your own series and publish it so we all can learn!

Every trauma professional at any level of training and expertise knows that it’s so important to keep up with new developments in your field. To that end, I created a video five years ago that described a super-efficient 5-step system for staying abreast.

Well, time passes and technology changes. So I’ve updated this classic with new recommendations and some refinements to the technique. I hope you enjoy! And please leave comments and recommendations on YouTube!